My friend and I volunteered for an eye checkup of under privileged children. This camp was conducted by Rotary Club of Udhana in Navnirman school where there were hundreds of unprivileged students. Out of these children a lot of them had vision problems, but couldn’t do anything because of financial problems, lack of resources and lack of education. To help them with their vision Rotary Club had set up this camp where children who had vision problems were provided with spectacles.

What came up as a challenge for me during this activity was speaking in Gujarati and conversing in sign language. Gujarati was the only language that the children understood and because I do not know how to speak in Gujarati conversing with the children became really difficult. Few of the students could not even understand Gujarati, in that case we had to use sign language in order to converse with them which again was a challenge for me. Understanding each other was a problem initially, however after sometime both of us (the children and I) were quite comfortable with each other and the conversations were going smooth.

When I volunteered for this activity I was not at all excited because there wasn’t much that I could have done other than helping. The reason I had volunteered for this activity was because I had done only a few activities that could have been categorised under the service component. Initially, I wasn’t talking a lot to those kids all the instructions were given by my friend because I wasn’t feeling comfortable around them. But when we started helping the club members in checkup I found myself actually enjoying the company of those kids. After the checkup was over my friend and I had a lot of fun. We played a lot of games. On our way back to home while reflecting upon our experience with those kids I realised that after getting out my comfort zone I had real fun. It felt really good. I am glad that I was part of this activity 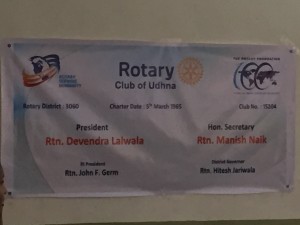 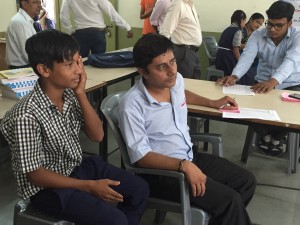