I have participated in a state level football tournament; Subroto Cup. I have been a part of this tournament before and have got two years experience. In the first year, we have gone nationals as well. But this time, we lost in finals. I wasn’t glad about my performance, and I released that I have done a lot mistakes on the day of the match, and even my past decisions play a significant role in our loss.

No matter we lost, but we didn’t cheat in the game. Also, We have taken care of the age group in the tournament. Even Though there was no supervisor to check our time. Before the tournament we had camps, but I didn’t use to attend them regularly as well as my teammates. Which affected our team coordination and individual skills and practise were affected. But before one week I was regular with the camps so I had confidence in the game and was able to play. But still if I would have been regular in the camps than it would have been better. Even though I didn’t had sufficient practice. I was committed while playing and have given my 100% but that 100% would be effective If I had more skills and better co-ordination with my teammates.

In this condition, we supported each other and had never stopped motivating each other by ignoring the small mistakes. While coming to finals, we have motivated ourselves and have developed proper coordination between each other. As well as we got use to the ground as well. 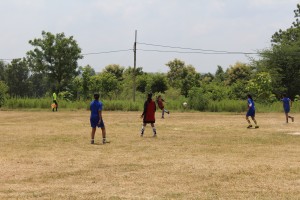 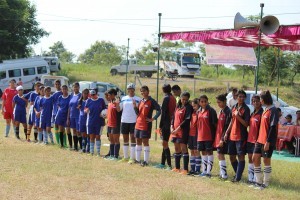 Overall; It has always been great fun going through states, and these experiences teach us a lot, not just about the game but also has developed us as individual and being responsible.