I am really passionate about football and I really wished to play in the fountainhead team and it was an ultimate feeling playing with my school mates as it helped us in coordination. I perceived a lot of things from this tournament but the most important thing was team work. Initially I was not to excited for this activity and probably I was willing to go to some school for this competition and missing one day of the school, but it turned out to be good. As I said I am really passionate about football and usually I keep on learning new skills my brother and sister taught me this sport and I play this since I was 10 years old. I was a very solo kind of player before joining this school so I recognised my strength and I worked on my teamwork in which I was a bit weaker. I hoped that me and my team wins the tournament and prepared a lot for this we had classes in our hand before the tournament. We had two classes for endurance and the other three classes playing matches and selecting the first 11 players and the substitutes. This thing that I would have liked to change was to just concentrate more skills, passing, and shooting, which was also possible in two other slots.

I came to know my weaknesses and strengths, basically I play forward so I am not so good at defending because of which our opponent team scored a goal. I learnt that during the football game I am very selfish player, I always wanted to score a goal for myself not for the team. Others were helped by me because of my skills and I was a lot more helped by my team as they were way better than me in passing.

Well the challenge for me was to play with my new team, they didn’t know how I play and I didn’t how they play, which was kind of improved when we all played together in the Physical sports slots. I pretty much overcame this challenge, while playing with in the Physical sports slots, but the progress was very less as we didn’t play much. Next time our entire team would have played for more than two to four months. It was also important to work collaboratively as football is a team sport in which each and every player is important, it was difficult though for me at least as I was a solo player, but I managed to play collaboratively. As there were many teams especially Essar and PP Savani (my last school), these schools were the winners from the last 4 to 5 years, which made it difficult for us, but we trusted our team, and we were all passionate about football. The feeling was awesome and even we were 2 goals behind we all were determined and gave our best.

There were a few ethical issues. Some of the football teams brought players who were above 17 years old although this was an under 17 tournament. Many coaches complained about the age and the teams which brought them were discarded.

I was not too good with interaction as I was new to the football team as well as the school. Well we lost the tournament but whole team gave their full efforts. 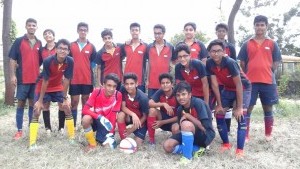 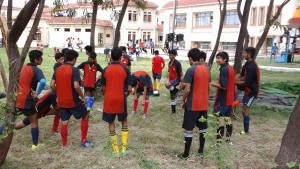 Kickboxing is the only martial art that I have learnt till date. I went to pune with my brothers and it was the first time, my brothers ever participated in a national tournament. We reached pune at 4 in the in the morning and we were all exhausted. I went to my room and jumped on my bed. Watching others fighting and fighting with different opponent was an ultimate feeling. I came to know many things from this tournament I didn’t know that there were three categories in kickboxing or any kind of martial art. I was in the light contact category as it was too for me to participate in the full contact match. That was the day when I had my 6 months training. It was very boring for me initially coming to classes just doing some punches and kicks. Fighting with each other was not at all fun. This tournament was a very big challenge for me as I was not very good at fighting. This activity was a great opportunity as I had never gone for national level for this kind of sport. I did learn almost all the types of kicks and punches. I mastered a trick known as back fist, I used to do it every time in the fights and every time I do anything related to it. The tournament itself was a big challenge to me as I had not gone for any district level or state level matches before. I was obviously aiming to win the tournament but I was sure that I will not win the tournament and will not win any matches either. The most difficult thing was to fight against an opponent, because I had create a little anger on the opponent, which could help me.

We did a lot of practice at our hotels and woke the first three days for our match but it was then postponed to the fourth day. We all won the first match then me and elder brother were the only people in the semi finals, which was itself a very big achievement. We both lost the semi finals but it was fun. We had one player who was also a student of our coach playing for team Gujarat, and he won a gold medal which was given to me, as he had to go to his place a day before the prize distribution and after the tournament we sent him his medal with certificate. Although we didn’t have any matches went to the stadium to watch all the matches which were only for professionals. We learnt a lot on that day. I am really glad that I made a decision to go  to the tournament. 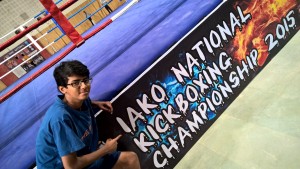 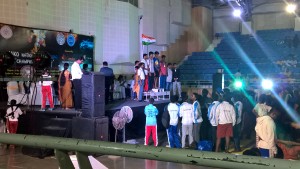