This competition was particularly challenging because we had to work really hard to recover the endurance, fitness and flexibility after the vacations in a short period of time. I had difficulties tackling the increasing study load with the football camps and it was quite exhausting for me at least, which made our first win rewarding. Our team worked well together, making us an effective side. We pushed ourselves beyond our limitations and I worked especially on my headers and slides. I also had to pay special attention to being tough physically in the game, a skill especially required for the defenders in the game. I also got wounded multiple times in the process. I considered and evaluated my strengths and weaknesses which helped me develop my skills in the defense. Challenges were also undertaken by the team as a whole. The key strength of our defense was the cooperation between the center backs and the full backs. We identified this during the practices and utilized it well. However, one of our key defenders got injured on the last day of the camps and our team stammered for a bit. Yet, we worked out alternative plans and got ourselves a good replacement too! We lost though in our second match but we got plenty of lessons out of the match. One of the key things I learned was how we shouldn’t start rushing for a goal when we’re trailing from the beginning of the match – an important cause for our failure… Football, as a game, has also greatly instilled in me the qualities of collaboration and team-work. Each side has 11 players, and if all the players don’t connect with each other, individual strengths are useless. A good team is judged by the team chemistry more than individual skills. Last, but not the least, football is a game of spirit. Our team put special emphasis on fair play as our school strongly believes that our ethics and moral values define us. Unlike other teams, we didn’t fight with the referee or allege the referee of wrong decisions and we played with integrity. At the end of the game, we forget the competition and shake each other’s hands, appreciating the game. 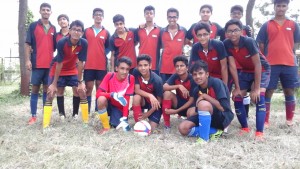 My role in the FSMUN organization committee was that of the head of the IT department and I was responsible for designing and maintaining of the FSMUN website. I always had a like for web design. When given the opportunity, I thought I could use my strengths for the service of the MUN – something which I thought dealt with an issue of global significance, enhancing the debating skills of high school students. Education is very important, and MUN was a great source of a new spectrum of enhancing practical and rational intelligence. I also explored new design features – expanding my circle of knowledge in the field. I experimented with some cool designs which found great appreciation too. Thus, I identified and utilized my creativity by providing service for building the website. I faced many challenges in the process, indubitably. The website was to change very often, often more than two times a day. It was a constantly demanding task. I found it increasingly hard to balance between my other tasks and prioritize. However, with perseverance in my duties and by collaborating with the head of the department of design and other member(s) under the FSMUN as well as school IT department itself, I split some work and found effective ways to capitalize on time. I learned the very important skill of time management through FSMUN, to which I’m pretty thankful. 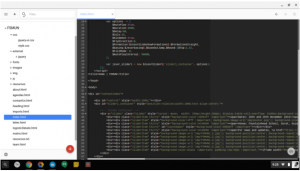