This was the first long-term activity I was going to undertake. I had identified that I looked very thin and got regular comments on why i don’t eat well. I was irritated and I felt the need to look better physically, not only for others but for my own sake. I felt passionate about becoming stronger and looking muscular. Consequently, I took this initiative to join a gym and encouraged my friends to join me, to make this experience a lot more interesting. I ideated that the school gym was the solution to many of our issues like time, money and transport. After a few discussions, 10-11 people got ready and I took this idea to our gym instructor, Mukti m’am. She agreed and explained the workout schedule to me with proper guidelines on how to do the exercises. I understood and had to communicate the same to all my peers who were to join the gym along with me. For the first 1-2 weeks, I motivated my friends to be on time for the gym and remain consistent. I also had to communicate to the transport department to allow us to come by the early morning route. I contacted the transport head and passed on the gym instructor’s approval so that he would allow us for the same.

While the sole purpose of going to the gym was enhancing my physique and getting stronger, it taught me many more things about life and myself during this endeavour. We started with 10 people in the first week, all pumped up about building up their muscles. But as the weeks progressed, people started making excuses and gave up the idea to come to the gym. Only 3-4 of us were almost regular by now. They left early because they implicated that there was no outcome of their handwork. And clearly, there wasn’t. Because they did not commit and persevere to the idea of gymming. Anay and I, however, saw an increase in our muscle mass, primarily at the chest and biceps. The reason I believe was that we were consistent in coming to the gym and working out. This has taught me the significance of perseverance in other areas of life as well, whether it may be fruitful in the initial stages or not. 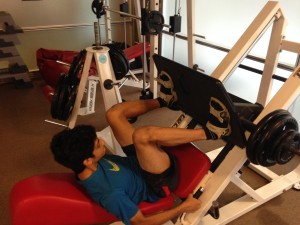 The planned aim of this activity was achieved as I clearly felt quite physically stronger than before. I started with 2kg dumbbell biceps curl and was able to work with 10kg dumbbell biceps curl. I reached the maximum weight for Leg curl and Leg extension machines. Initially i struggled to do 5kg on each side for Chest press and now I could do 15kg on each side. I feel satisfied and successful with the outcome of the activity.

At times i zoned out and listened to music and focused less on the exercises, however realized the goal and got back on track. Since the gym facilitator didn’t/couldn’t come early to school, we had to work by ourselves in the gym. We were on our own. Moreover, waking up early and coming to the gym 3 times a week for 5 months taught me discipline. Even if I couldn’t find the motivation, I’d still stick to the plan. Many might skip some repetitions or seconds of the workout but then whom are we cheating? Only ourselves. I religiously followed what had to be done and chose to do it even when I couldn’t.

I finally ended the gym activity because I reckoned I had achieved a satisfactory result and did not want to become a massive bodybuilder. I reckoned that I had to switch my priorities to my MITs (Most Important Things) on seeing my to-do-list, that I should move my time and effort to other things. 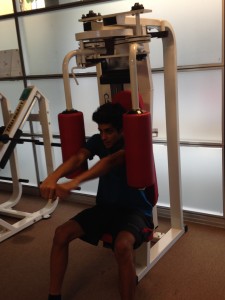 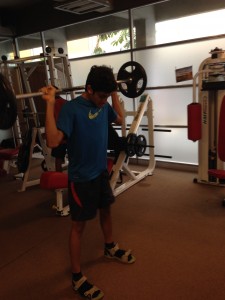