I was in for an U-16 Gujarat Football Tournament which took place in Olive Green International School Ahmedabad. I was very en and was looking forward for the tournament. As it was a long time since we played as a team in a tournament, this wasn’t our original team, so we lacked in coordination. I was confident enough that I would perform to my best ability, however, football is team game where we can’t win the game as one man army so we needed to make a well developed understanding between teammates.

Our first match was against Podar International School who were last year’s champions of this tournament.The pressure was at its peak because i was the main striker and midfield as I had to make a game and score goals against the last year winning team. I had a talk with coach, captain and a vice captain so that i can have more skilled players with me and try to score goals. The difficulty was mainly because all of us had contradicting point of view  and which took a lot of our time, however after a long discussion we came up with the starting lineup. I learnt to accept differences and others point of view which i wouldn’t have learnt if i would not have participated in this tournament.

We lost the match by 3-0, however, I wasn’t satisfied with my performance throughout the game.  However I was quite unhappy with my and the whole team’s performance. We had several attempts at scoring goals but missed by mere inches.  Coordination and communication seemed to be the major reasons for us to lose this match. I think that I was unable to give my 100% in the whole game, I was making many passes and was playing in the whole ground however I feel I was unable to execute all the techniques missed a chance of scoring a goal. Nonetheless, I was able to identify mistakes and where to improve (long passes and heading in defence).  We lost our first match. However, even before the match had begun, we were aware of their strengths and knew they had a greater chance at winning, but still we didn’t show that and planned on showing the best that we had.

Managing a team isn’t easy when you are also a part of that same team, many issues rise up as this was my first time. This tournament gave me an insight into how you can manage and collaborate equally with teammates.  Also a new thing that i leant was working collaboratively with my team mates.

Through all this, I have experienced playing against a strong team, accepting failure and managing a team. Managing a team isn’t easy when you are also a part of that same team, many issues rise up as this was my first time. This tournament gave me an insight into how you can manage and collaborate equally with teammates.  Also a new thing that i leant was working collaboratively with my team mates. 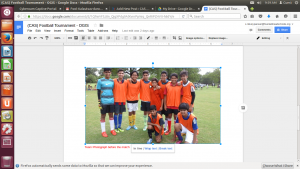 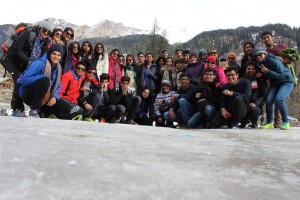 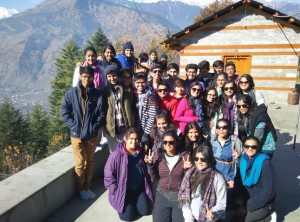 We travelled to an awesome place called Naggar which was located near Manali. This was my first 10 days CAS trip. The place where we stayed had many different stories of it’s history. The crystal clear snow adds beauty to Manali . However the thing which terrified me before the trip was the height at which we will be staying and the numbness because of the cold weather. Although after going there, chillness didn’t bother me that much, thus I could do activities with a lot of fun.

We were 30 people travelling together, we needed to make sure that we needed to work with a lot of coordination and without any conflicts among us. Keeping this in mind, we coordinated and adjusted with each other while travelling by bus and train, while choosing rooms for staying, trekking etc which really helped all of us to stay peacefully. Furthermore, the main focus for me of this trip was to enjoy the nature and treks. So it was compulsory to stay away from gadgets and, therefore, our school didn’t allow us to bring any type of gadgets especially, mobiles. So I didn’t bring a mobile phone and enjoyed the beauty of nature. Additionally, I also did not throw any type of  garbage on the road in the whole trip which helped me to save the nature. I could also get an opportunity to know local people of Naggar and their lifestyles which helped me in developing my communication skills.  Overall, this trip was a great success because due to this activity I could identify my numerous strengths and some weaknesses to work upon.