Creativity is a wild mind and a disciplined eye! ~Dorothy Parker

Literary Fest – Ads to add up

A literary fest was organized in our school. Out of the many activities which were designed, I choose to take part in an activity called ‘Ads to add up’. I aimed to learn the conventions of an advertisement in a non-conventional manner. The whole process of this activity was fascinating. We were divided into groups and then we were asked to design an advertisement of a product and present it in an exclusive way. 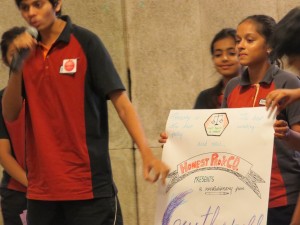 In our group, students ranged from grade 7 to grade 11 were there. Cooperation and Stephen Covey’s 5th habit ‘seek first to understand, then to be understood’ played a role to smooth our group work. Limitations which we were facing were, that there were too many people in one group, therefore considering each one’s perspective and opinion was a difficult task. It was creating a chaos. Also we had ideas but executing them appropriately was a barrier. Students from lower grade had only little clue about the format and the conventions of an advertisement, explaining them everything and then completing the task in the given time period was not possible. Due to time constrain the quality of our presentation suffered. Ethics played a role where we didn’t cheat or plagiarized another group’s idea. The activity was competitive in nature as we were all fighting for our house points.

We could relate this activity to our subjects like language, business management and visual arts. The methods used to create an advertisement and the format of an advertisement is something which we learn in our visual arts class. For example, the layout, visual appeal, font size, colours, etc.

In business management we are taught about the forms, the audience, the market of the product, etc. The purpose, the analysis, the impact, the conventions, the type and all the other things related to an advertisement is directed to us in our language class.

The activity was both informative as well as creative. I will remember the way people presented in a humorous way. This also taught us, by the way people sitting there responded that what are the things which audiences find attractive and interesting in an advertisement. Overall, it was a creative approach to an educative activity, which was appreciated. 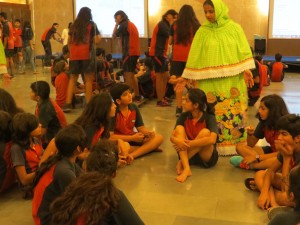 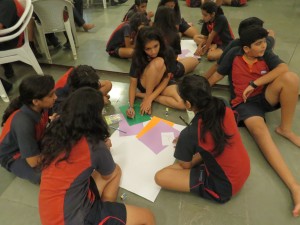 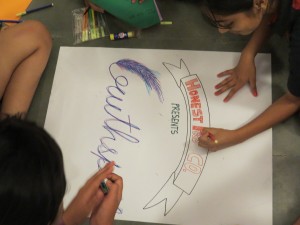 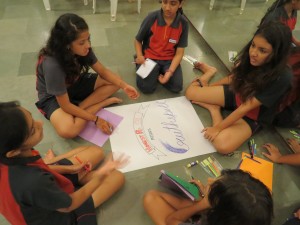