Tree Plantation in the town of Vansda was my first CAS activity. Because of the same, I was thrilled to be a part of it. The Govt. of India had initiated to build an artificial forest which would be named “Janki Van”. We had to plant saplings for the same.

We started off at 7 in the morning and left the city by school bus. We reached the place of plantation at around 10.30 AM and started to work after a short break.

It was the first time I was planting saplings and found that it is not as simple as it seems. Planting saplings was quite laborious and I had to get out of my comfort zone to do so. One of my IB subjects is ESS, which teaches us the negative impacts of deforestation at the global level.

It was a  huge challenge for me to dig up mother earth to plant the saplings. The process to do so was quite elaborate.

This process had to be repeated continuously for 5 hours, in addition to walking back and forth to fetch the materials.

I realized the role of ethics as there were many “if” and “then’ situations running in the back of my head. For example, when my back pained, I thought ” If I don’t water this sapling, then this plant won’t grow”. I then thought of the importance that one single plant would hold in the future, sucking up CO2 and giving us oxygen. Therefore, I decided to align by actions which were not ethical and did not have a negative impact on the society and the future.

By this, I fulfilled the component of Activity(physically excruciating) as well as Service(volunteering for a good cause). 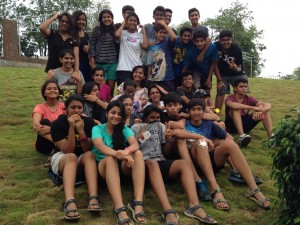 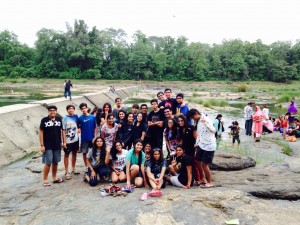