Amongst the heights of the Himalayan tops and lush greenery with toppings of snow, there lies the village called the Naggar Village. This calm and beautiful village is around 26 kms from main town Kullu and just 12kms from Manali. We stayed at the famous Naggar Castle for four days. The beautiful Naggar castle (now a Himachal Tourism hotel and restaurant) is the legacy of its status as the old capital of the former Kullu Kingdom about 500 years ago. The castle commands an incredible view of the river far below and the villages that litter the opposite bank, with the distant snow peaks beyond the Rohtang La Pass visible on a clear day. 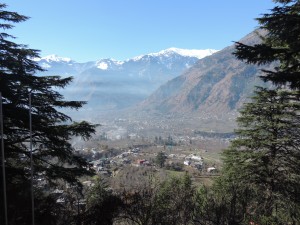 As the castle was built years ago, it was like a cultural heritage. I got to learn from the culture of Himachal Pradesh from the castle itself. The walls were made of wood and stones that never broke, and the castle has rooms in the name of the king and his family when this castle was made. The castle had a temple too. I gained knowledge about the significance of that temple. We also ate local food which was something new, interesting and delicious.

1. Treks and walks in and around Naggar

Treks were the most difficult part. It required lots of endurance and perseverance. The job of being on time, in early morning, for breakfasts, followed by treks is really demanding. However, I was always committed to every activity I participated it. I gave in my 100 % efforts. I was punctual everyday, which gave me a sense of commitment, a sense of responsibility. We went for different treks everyday. When I was in grade 10, I went to a Jayalgarh, Uttarakhand in December. I won the best adventurous award and a medal. Since then, I have been always curious in adventurous activities like treks. I wanted to develop my stamina more and more, so that I could walk at a steady rate, but faster. I explored things by walking fast. Trekking fast is my strength. Climbing slopes is always difficult, but the energy inside me never dies. I take it up as a challenge, accept it, and stay happy. It excites me, and makes me want to trek more.

While trekking, I saw various new things, such as the apple orchid. We came across beautiful sites where Bollywood movies have been shot such as Jab We Met. 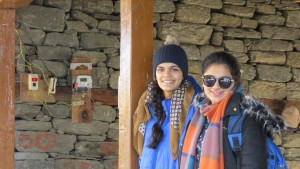 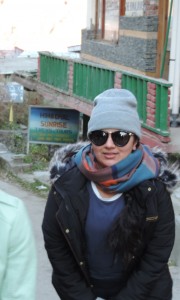 The visit to different temples was quite wonderful. History says that even an earthquake couldn’t break a temple. the village of Naggar follows Buddhism, however temples of Shri Krishna and different God were also present. That made me realise about the diversity of culture in a small village itself.

Another thing that I discovered about was the splendid artist, Nicholas Roerich. We visited a museum that displayed his painting, and a bungalow close to the museum where he stayed. His paintings represent the beauty and ambiance of Naggar. I got knowledge about the life of the artist. 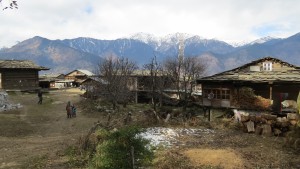 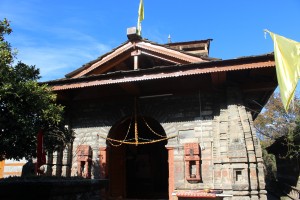 In Manali, we did street shopping. I was impressed by the art and culture of Naggar. I bought a diary that represents their art so that it stays as a memory.

Out of the four days, one day was a visit to Manali and Solang valley. We saw a valley that was full of snow. We did tube sliding with partners. It was very steep, dangerous, but so much fun. I was so exultant to do it. 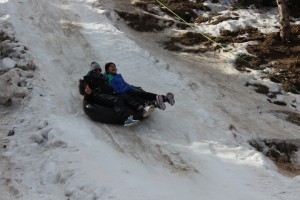 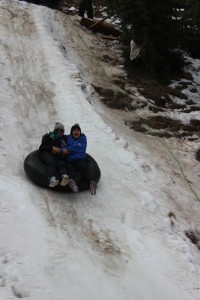 Skiing was a dream come true. I had always wanted to learn skiing. I did skiing for the first time. We were taken to a safe path of snow. They instructed us, and we followed them. I fell down once, however, I picked myself up. At first I was disappointed that I wasn’t able to balance, however, I’ve learnt that ‘try and try until you succeed’. The ability to never lose up compelled me to stand up and ski again. It was one of the most wonderful experiences of my life. 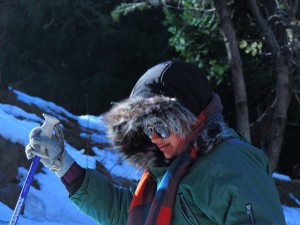 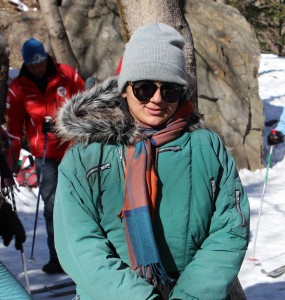 It was risky to go for treks after evening, so we stayed at the castle and played some games that rejuvenated us. We played games such as snatching the partner, and zip-zap-boing. They cheered my mood.

Yoga was something that I disliked. However, I realised that after doing surya namaskar, one feels flexible, and light. 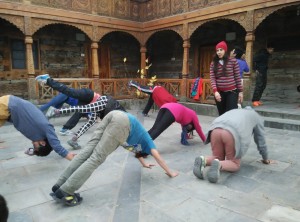 I am the one wearing black track pants, blue nike shoes, and peach jacket.

During these 5 days, I have realised how important maintaining a group is. While trekking, no one was in a race. everybody walked on their own pace, but made sure to always be together. The whole grade, developed as a great team and didn’t give any opportunities of complains to the guides of the trip. It was one of the best things that our grade has achieved till now. From playing cards together, to playing team games, to sharing different stories at night with the full grade was a new accomplishment.

The highlight of this trip was when I skied and learned about the art and culture of Naggar. Overall, it was a trip full of adventure, knowledge, amazing experiences and life learning  lessons.