I had to serve as the Transport Head in the Organising Committee of this Basketball tournament.

We had to start our planning as early as two months from the day of the event. I had some volunteers under me who had to be designated work as per their strengths. Being the Head, I also had to communicate with the school’s Transport Department in order to avail adequate transport facility, discuss routes and fix costs. We had also been lent the helping hand of UBER cabs for the transportation of outstation participants.

I had to collaborate with the:

I identified my strength as being an able leader, which led to numerous benefits such as:

I think that I have my own way of getting things done, but this didn’t help as I had the Tournament Directors above me who had given clear instructions on the ways thing should get done. This, I realized is an area where I need to develop as a person.

I take pride in being one of the initiators of this event although when compared to the inputs and work of the Tournament Directors, I stand far behind them. I was assigned the role of a Head because of my capability as well as my inputs.

For 60 days, I had to work with perseverance and dedication in order to put up a good show. Meetings at cafes after school time had become a common thing for us back then. In order to secure UBER as a sponsor, a lot of efforts were needed.

The ethics POV also came into the picture when I had to decide how much workload to be given to the volunteers under me and what work should I keep aside for myself. Also, I had to ignore the pleads of some OC members who asked me to fix routes which suited their place of residence. By this, I recognized the implications of ethics.

Overall, all the three components of CAS were fulfilled, as I had to physically drain myself persuading people and running back and forth, serving as a medium between School’s Transport Dept. and TDs. I volunteered for the post of Transport Head(so Service). I think the format of the tournament(3 on 3) was not common as well as tournaments such as these are rare in our context, so it also achieves the criterion of Creativity. 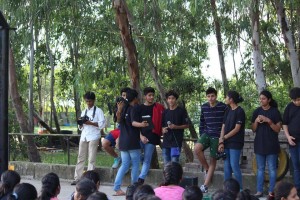 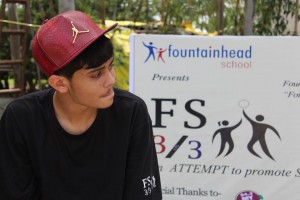