For my CAS project, I wanted to do something different and fun filled. I decided to organize a Zumba Fest. Zumba is a form of fitness which incorporates latin American dance moves. I came up with this idea because to keep fit I do Zumba weekly and I really enjoyed, therefore I decided to make it a part of my CAS project. Not only that but through this I decided to raise funds for an NGO named “Sad Vidya Vikas Trust”, this NGO works towards providing tuition and extra help that the underprivileged children need and usually don’t get.

5 weeks prior the event which was supposed to happen on 20th December, I started spending time with the children at the NGO and taught them a song so that they could perform Zumba on stage. At first, it was very chaotic because the children were new to the concept of learning dance but I was glad to see the enthusiasm they portrayed and it was exciting to watch them try to grasp and get the steps right. The ardour that these children displayed were exceptional. At times like these, I am reminded to be thankful for all the privileges that I get.

The problems I faced during the preparations for this event were mainly finding Zumba professionals who would like to be a part of this event. This was also the first time that I had to set and work on a budget. I was very nervous while approaching the sponsors because people rarely thought that fitness was an issue that needed awareness but the element of helping an NGO came across and I was met with their generosity which I am very thankful for. The major challenge I faced was to spread information about this event and attract a crowd because not many people had heard about Zumba so they didn’t show much interest.

I faced challenges that I had never faced like approaching sports clubs for ground space, sponsors for funds, publication house to make posters for the event etc. I also learned to show compassion towards others. I thought of an innovative idea for a CAS project and went through the required process. This was the first time that I had a work experience with professionals and I had to adjust according to their schedules and priorities.
One thing that I realised was that the parents of these children might be conservative and may not appreciate their children dancing on stage instead of studying, therefore, I thought it was important to get their written consent. This experience taught me to take responsibility and work effectively to fulfil them. 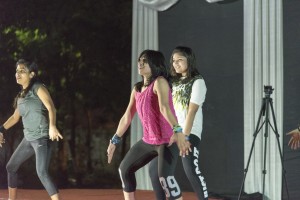 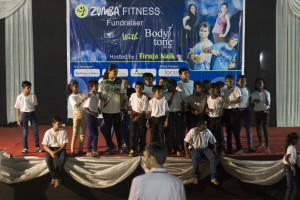 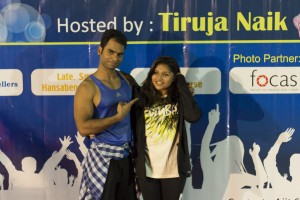 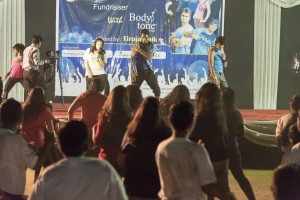