This place is situated between Kullu and Manali where we had to stay in a Castle built on the top of one of the Kullu valley where a spectacular view can be seen, both Kullu and Manali town can be noticed, castle constructed in 1460 A.D by Raja Sidh Singh in the middle ages. This castle had a great tourist attraction because it was preserved as it was, it has western architecture of Himalaya and unconfirmed but outstanding stories which is related to horror and Kings daughter.

We started by a train journey from surat to ambala and then to the castle a 8-10 hour journey in bus. When we reached there was a small introduction about the castle and then the next day plan was mentioned. Next day we started with a yoga session and then a walk to the Naggar town on foot where we had to adjust our body temperature and have to adapt to the surrounding because it was in winter and low was about -1 and high was just 7 so this way it was difficult to climatise as surat has a low of 12 in winters and as high as 20 so it was a new challenge for me. Warm clothes were very much required, after a specific intervals our body has to gain a good nutritional food in order to survive and produce heat for the body. This way I started adapting but it was not that fullest. On the 30TH of Dec 15,  Now on this day it was time to do some service and a activity where we have to trek to a village about 4 km uphill a big challenge was infront and we had to cross over it it was a very tough walk and I cheered the ones who is not regular with this and they cheered me that you can do it too as it wasn’t routine for me too, the one who very much inspired me is the locals- they had their small 3-4 years old children carrying buckets filled with water which is heavy and they climbed at a speed where after 2 or 3 second I couldn’t even see them, this was it made my mind to think that “I could complete it too”. On the way we had packaged food which had a plastic covering to not to harm any people, animals I thought of putting it in my bag which will not cause any disturbance to the nature and when I go back to the hotel I would throw it in a dustbin;After reaching up there we came to know about the architecture, culture and the way- how and who they believe in god. We saw a temple where it was not allowed to touch anything around it like trees and the walls of the temple we were just allowed to have a walk and see the structure where our guide belonged to that particular area it was easy to understand and he conveyed it very easily it was my first time to listen to anything related to not to touch their item which will cause them to create a hatred towards the tourist. Before coming back to Castle I bought local products which are home made or are there to sell in order to let them earn money which gave me a joyful experiences, products like- Dried apples, Safrron, Garlic, Shawls and many more which is famous and they sell it as a souvenir. On the 31st we had a great morning where I had to learn skiing which i have never done it before it was again a new challenge for me because it needed balancing and by wearing so many layers of clothes it wasn’t easy to move at all. After few rounds still it was not a good going but I somehow learn to do the basics of the basics.

It was new years night and we all were tired so there was a little celebration and it was against the local peoples ethics not to play loud music and do any party so we respected that and slept for that night and thinking about the other day. 1ST JAN morning we visited the Manali city where there’s more tourist attraction from all over the world.

Later in the evening we left for our journey back to surat. And definitely I brought back tons of memories with me back to Surat, where teachers and classmates helped me a lot with their cheering and having fun with them. 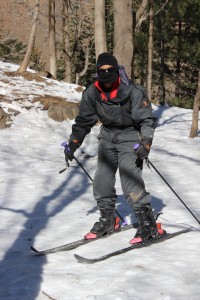 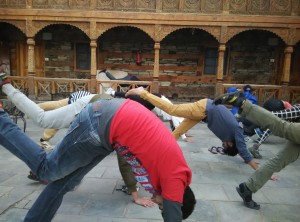 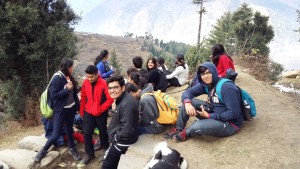