I volunteered to help them at registration desk and other jobs (small tasks as the major ones were handled by big and experience people that were appointed on that day) on the event day that like spreading leaflets about why this event was organized and what it aimed. But as we were doing this job, I realized that people that are participating in Ride with Pride were more interested in cycling and not only this, we saw few people throwing away those leaflets.

This is one of the ethical concern I came across because the organizers thought that everyone who is participating might be interested in gaining knowledge about breast cancer and so they printed a lot of leaflets but as mentioned above none of the participants were interested (in being aware about the cause) so there was a lot of paper wastage. On the registration desk I was not working alone there were three more people with me so we divided our work so that we can cater to all the participants properly and as fast as we can. One of us was registering participants on the spot and another was making sure whether the participants that have come to participate in the event have already registered or not.

Though the event was a big  success but it might have failed to achieve its aim which was to spread awareness about breast cancer. But the good part was that a lot of people participated in the cyclothon which in turn helped us raising a good amount of money for donating for breast cancer patients (as per my information). Also everyone at the event enjoyed the event thoroughly including me. 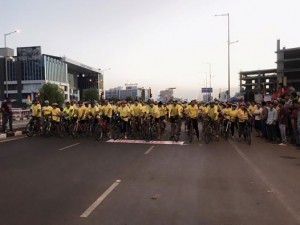 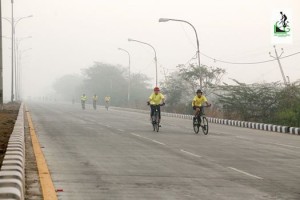 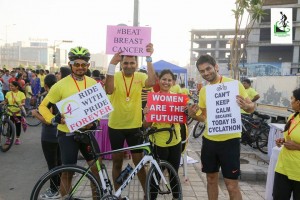