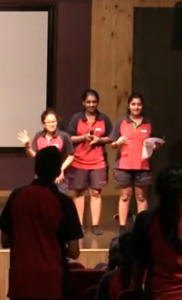 Hindi is a language that I study on my daily basis but for the first time we celebrated a day for it. Hindi Divas was a fun event as we had to organize the activities which we played on daily basis. Out of three activities, Naomi and I were the head of ‘Arre Bhai Kehna Kya Chahte Ho?’ which had two rounds: First was Dumb Charades (Songs) and second was Taboo (Movies). We conducted the whole game, made rules, and decided the movies and songs. There will be two teams- Grade 11 and grade 12.

My companion and I worked together to decide the rules, movies and songs. We had few meetings with the event coordinators in which we had to show our plan and progression.

Though sometimes the meeting were boring but I attended most of them, which portrays my dedication towards the activity. 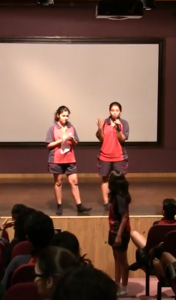 I got frustrated when the seniors claimed that we have given easier movies/songs to the other grade by which they doubted our integrity. However, we informed them that we were honest with them and before the game started we made the team pick their own ‘team letter’. By this, they agreed and in a way I felt confident.

Due to the tight schedule and limited time, we did not justify the game and participants had less chance to play. It felt like when the players were getting the hang of it, the activity got over. Yet, we managed to make it as enjoyable as possible.

It was a challenge for me because I have never conducted any activity where the spotlight is on me. At start I was nervous, however, when I saw the participants who were extremely enthusiastic about the activity, the level of my nervousness reduced. I am that kind of a person who cannot speak in public, yet, it changed me in a way that it made me more confident about myself. The activity was small, but its effect was much big for me.

I wished we could get more time to organize the activity. Even so, I enjoyed a lot as we go an opportunity to organize one sector and also participate in other activities. 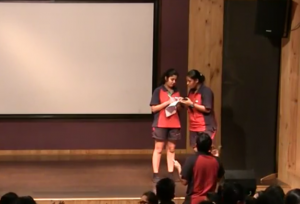 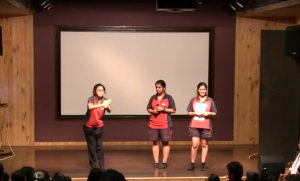