adding up on – Literature fest

Add up to was an event in the literary fest where we were given a product for which we needed to make an advertisement in an as creative manner as we could. It was a group activity.

We were given a time period of 2 hours in which we had to create an advertisement about a pen which only writes the truth. I could very well connect this activity to my language and business management knowledge, which helped us secure the 1st position in the competition. How ever I found it difficult to work with my group as there were many ideas but no conclusions as to what we really wanted to do, but  as time passed we started coping with each other to make an effective advertisement. Coordination was a key which brought me into my comfort zone. I could talk with the 7 Graders without any hesitation. This lead to a nice, effective advertisement.

Moreover determination was a second key for me and all of our teammates to make an effective advertisement. We needed to show some interest and passion in the composure of ad so that audience can easily buy our idea. Therefore, I gave my full devotion to my work and did it at my best.

We made our advertisement which was reasonably done well, but the way we presented it was something that was appreciated. Over all, I think I could effectively use persuasive, creative and literary skills while doing the task.

We also had to take care of the ethical implications that go hand in hand with advertising, this were my business management skills played a role and ethics are an integral part of business management As advertising has its one ethics like ensuring that we do not hurt the sentiments of any person living or dead and we did use Einstein as a part of our advertisement and hence we had to take care of the ethical consideration  .Language came into picture because we had studied advertising techniques and persuasion, the knowledge of which helped me make an effective advertisement 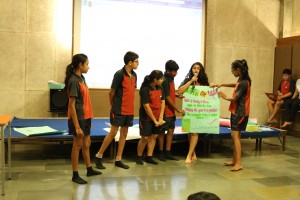 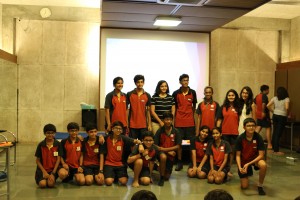