Visual Arts is a place where I can really use all of my creativity to create something new, such as a portrait, painting or another form of arts. My Visual Arts classes are conducted by Mr.Rahul Popaniya and Miss.Pankti Chauhan once a cycle. There are many forms of activities we were explored to by the help our teachers such as woodcut, pottery, painting and installations.

Drawing and painting have always been my area of weakness, because a) I never found it interesting b) I always lacked the skill of the art. I think my interest in arts have gradually increased after I joint Visual Arts. Our teachers made the class very lively and entertaining which made me more keen to understand/explore arts. I think after exploring many forms of arts in the span of one year, I have developed a new skill of drawing and basic pottery making. The woodcut was an activity that I was completely unfamiliar of, it sounded very easy when sir first introduced it to me, but when I actually started performing the activity I understood the difficulties and hardship the activity needed. For this activity I had to be dedicated and creative to complete the activity, also to complete the activity in the time span sir gave me, I had to work on it regularly for an hour at minimum, which was initially becoming strenuous.

For me the hardest form of art was “installation”, it is really very complicated and tiring, we needed to do many things beforehand which was a really headache; and after that we had to organize all the material, paint the blocks and all. The hardest part of the entire activity was creating a pattern of all the blocks, this was really very dense, because everybody in the team had different opinions and comments, which really made the atmosphere very annoying and disappointing, thus after a lot of argument between the team I came up with an idea of dividing the entire team into 3 groups, one group will arrange the top, one will arrange the middle and the other will arrange the bottom – each group had 2 students in it. I think this idea worked out pretty well, as after this distribution there was no more argument between the team.
This project itself carries a very important message for global importance – “Cycle of life”. We have decided to base our project on the idea of the ideal life every student must have. We have used the 3 primary colors – red, blue and yellow – and also white and black. These colors help represent the ideal conditions of an ideal life a student must focus to achieve. Every color has a different meaning in its context; for example, the color “yellow” represents youth, fun, happiness, the sunshine and other light playful feelings. It is a cheerful energetic color. We noticed that mainly all the students in the school were living a life they weren’t happy of, thus we decided to create this installation to symbolize the various qualities a student should have to live a happy and peaceful life. In this activity, we also came up with an ethical issue that should plagiarize or not. After a lot of internal discussions, we came to a conclusion that we should be academically honest and complete this project independently with only the help of our teacher. I later on understood that, in this project I have wasted alot of resources such as paint, paper and paint brushes even after many warning from sir, we kept on continuing with our project and wasting resources. I also think that the resources that we wasted could have been reused by other students to complete their activities or the we could have donated them to other children so that even they could enjoy art.

I really think I made the correct decision of participating in this activity because there were so many things that I learned; the different forms of art, skills of drawing and also how to undertake new challenges in arts. This activity was very effective and I think whatever I have learned in the span of a year, will help me in my future. This activity was very valuable to me because now I am able to build up an era of interest in arts which I couldn’t do in my past. 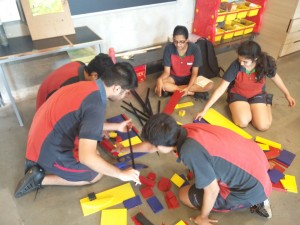 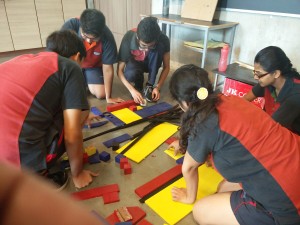 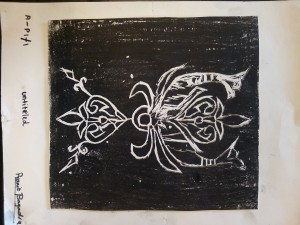