“No Pain, No gain” the quote suggests that if you do not go under pain you would never gain your goals. This quote holds true for my life. Every year the Indian government organizes the school games tournament, it is a huge tournament publicly supported and run by the government. This year I had the opportunity to participate in the school games tournament in the sports Karate. I have been doing Karate since I was in grade  and I have also received my black belt. But this year I was aiming to achieve something above the belts, I was aiming to achieve to represent my state in the national tournament of Karate. Since July 31st I have been training as hard as possible, trained about 4 hours every day and on the weekends I used to train for 5 hours with some special endurance and stamina building training. I also had to keep control over my weight as I played in a specific weight category of 60-65 Kgs. I also had to make my diet more strict and apt enough to give me strength to survive the training sessions.

With the training received by my coach I cleared the district level. Now was the time when the real challenge came up. Clearing the states is never easy tough and brutal opponents come and I have to face them and overcome my fear. This time, due to rigorous practice I was able to clear the states. It was not easy my opponents were competent and give me quite a challenge. With clearing the states, a lot of responsibility fell on my shoulders of both academics and sports. However, I managed both and balanced such that nothing was compromised. After clearing the states I had to train even harder as Nationals are really really tough. This was my first ever nationals so I was scared. During my first fight, i saw my opponent and was frightened as he was tall broad and muscular where I was quite small in front of him. This fear took control of me, which made me lose my first fight at Nationals and I was knocked out. However, I was not upset because reaching to a stage like this is even a big achievement and I decided to learn from my experience. 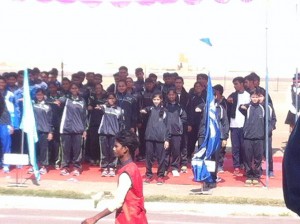 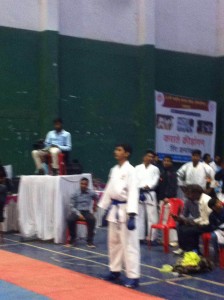