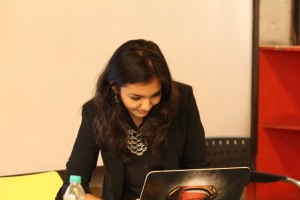 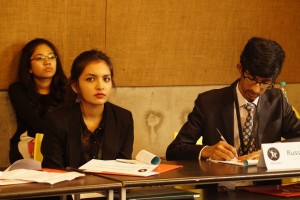 I have always been an avid participant in activities which are related to public speaking and oratory so ever since I participated in my first MUN, I have always looked for other MUNs to participate in. FSMUN 2.0 was my 3rd MUNning experience and thus was a comparatively new challenge for me. I was the delegate of India in the committee of DISEC.

The actual MUN lasted only for the matter of 2 days but the preparation had begun a few days prior to it, where I had to research about the agenda given to me, about my allotted country. Through my research, I was able to expand my knowledge about global issues, which I was previously unaware about like the problems in Syria, the terrorism, the warfare etc. I also became more  aware about the politics of other countries, but as a result of all this planning and preparation, I felt confident before the MUN.

During the committee sessions, I had to work with other delegates to form a resolution to make our committee successful. This required patience and collaboration and helped me develop my communication skills so that I would be able to put my ideas in the group effectively and help in reaching win-win decisions.

There were a few ethics which I had to keep in mind, one of them was that I had to be respectful and calm while communicating with the other participants, I also had to use correct factual knowledge about different countries and have valid sources for whatever information I had used as basis for my argument.I also had to be extremely respectful towards the chairs and had to use specific terminology and language so as to not offend anyone (which included not speaking personal pronouns )

This activity made me bring out disciplinary characteristics in me to show perseverance while researching prior to the MUN and also debating during the MUN so as to be well informed, it further made me more knowledgeable as I learnt a lot of new information about different political controversies and histories of various countries.

I noticed a drastic change in the rise of self-confidence I got when I won and could relate this to thinking that oratory was something which I was good at and was my personal strength, I realized that I could develop this skill even more with participation in more MUNs and debates, I learnt new techniques of researching which I have been using in my research for my IAs and EE. I also think that the solutions and the resolutions we found could actually contribute to helping to the agenda someday.

Overall, it was an enlightening and fun experience, where I even got a chance to socialize with students from different schools and cities. I look forward to participating in more MUNs!