Munning has always been an engaging task for me , but for the past two times what has been more interesting for me is organizing them . Organizing Fsmun is an event that is very dear to me as it was the first time that I won the best oc member award, so when this time the venture forms were out I filled them as soon as possible, not only me but the organizers of FSMUN also wanted me to be a part of the organizing committee. However, due to this the organizers did not conduct any interviews for me but held them for others. I later realized that this was somehow unethical, but the duties were already assigned and I could not do anything about it. Unlike last year I was made the head of the food department which made me more zestful about the mun because in the past MUN I was just another volunteer.  However this year I had to collaborate and cooperate with a lot of people, Punya (my co-head), volunteers and the organizers . We had planned the meals with the school ensuring the school food policy was taken care of, this is again one area where ethics came into the picture.

We decided on the meals with the chef and Vishal sir , everything was set , but at the last moment the school chef was not there, he did not come back on time after his Diwali leave and was not even picking up the call as well. The school informed us about this situation just 2 days prior to the event. This led us to panic a lot. However, I knew that panic was not the solution but the action was. Maharsh , Punya and I then decided to go to different places and check out for food options , but we found meals to expensive or we did not like them. Hence we decided to get the food made by the school support staff itself because we did not have a lot of budgets. We fixed the menu with the school but got our socials meal from outside. So then I had to coordinate with the cater’s as well as the school accountant as I g=had to get payment done . One area where I faced struggles was that my co-head and volunteers did not turn up one day 2 and I had to manage everything alone .

But as they as at the end of the day your efforts will always pay off, I won the best Oc member award again ! This was a moment of pride for me and I was thrilled, the entire OC was proud of me for playing my role as a head well and handling the problem effectively.

One thing that I took back from the event is that no matter how effective your plan A is you should always have a plan B, because you never know what can happen when. 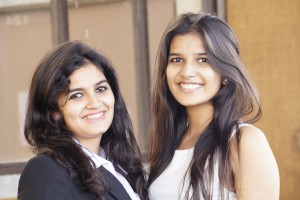 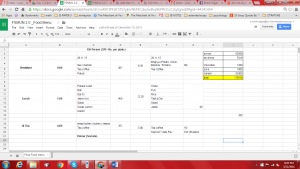