Gardening is something everybody will love, once they start doing it. – Disha Sarawagi

Being well versed with the current environmental conditions on Earth and therefore the importance of plants, I am scared what this world would be after just very few thousands of years. Our school had initiated a CAS trip for us. The Indian government took an initiative to open a botanical garden that is named as Janki Van, near Vansda.  We as the responsible citizens of the planet went to the garden and helped the local labors working there to plant saplings. The garden is for future tourists attraction to explore the village and the beauty of the plants and I am glad that I was a part of the process.

We departed for the trip early in the morning around 7 o’clock and we reached by 10 o’clock. Later, our tour guide instructed us about the process of planting saplings and divided us into teams of two, where both the teams planted saplings but at different spots in the garden.

Frankly speaking, I don’t like to confess it, but I was already too tired to take up a challenge as the bus journey was too tiring plus I was bored at the early stage of the process itself. But as I started working, I gradually predicted the implications that my actions would hold. Just reading and learning in the books about the environmental hazards that we humans are making like deforestations of trees for making rubber, wood etc., isn’t going to help us in the long run. So, to make our Earth a better place I undertook this challenge of putting in efforts to actually plant, rather than just learning and complaining about it. 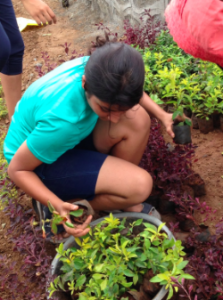 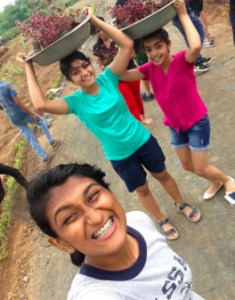 There are five learning outcomes that i accomplished during the entire activity of plantation. The one of most supreme importance was I engaged in a global issue locally.  In today’s century if I notice, with globalization has come increasing exploitation of natural resources like water, soil and trees. The man-kind thinks of their own benefits of natural resources that will soon go scarce. Thus, I feel blessed that I participated in a significant global issue at hand by planting new saplings. Though the number of saplings that i planted was 75 which is a very insignificant amount compared to the exploitation rate of trees. This gave me a feeling of responsible environmental citizen.

The second learning outcome was I showed perseverance and commitment in my activity. Planting saplings through a proper method was a difficulty. But, for the first time planting 75 saplings was an accomplishment for me. We not just planted the saplings but we also watered all the plants and applied fertilizers to them. The containers were quite heavy and we had to fill the containers with the saplings to transport them from one end to another on foot. 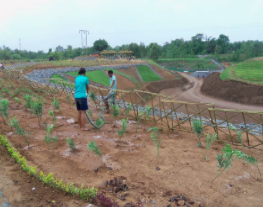 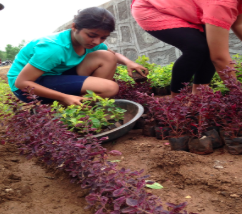 The third learning outcome was i worked collaboratively with my colleagues. During the entire process we had to work collaboratively while planting the sapling and by filling the containers and carrying them from one end to another. Through collaboration of work, I realised how  fast the activity progressed due to synergy of work and sheer will to do it. Without the teamwork, the task would have become tedious after few hours of continuous work.

Fourth learning outcome was, I considered the ethical implications of my actions. The one thing that made me happy was I helped saving the environment by contributing for a greener tomorrow. Additionally, this would also inspire other school students to engage in eco-friendly programmes like this one.

The last and the most important learning was that, I undertook new challenges. I had never done something so interesting like this. Infact, before the trip I was really worried about the activity as i thought it would be very difficult and i couldn’t do it. But, I began my work with the end in mind that it is a good opportunity for me to do something for my planet, and i completed it.

Overall, the trip was really fun and I gained a lot of knowledge about planting and the environment. 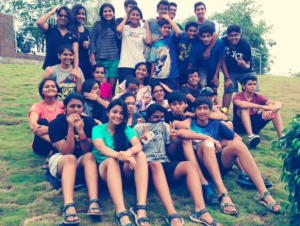 After completing all our work, a group picture was a necessity 😉