Ride with pride was a cycling event organised to create and spread awareness about breast cancer. The planning of the event began on 25th of Jan when we came up with the idea of organising a cycling event for our CAS project. The event catered to all the three strands of CAS i.e. creativity was where we organised a cycling rally for a cause that had never been done before. The activity was in the sports cycling and service was looked at since the primary purpose of the event was to cater to creating awareness about the detection and prevention of breast cancer. The initial target for the event were students from various schools however as we discussed our idea with our parents and our mentors, they guided us to help make the event open for all. This rally was inspired by Pinkathon. Since it was a rally to create awareness about breast cancer, we chose a date near women’s day which was on the 8th of march. 6th of March was the ideal date since it was a Sunday and it marked the beginning of the woman’s week. This project not only helped us accomplish all the learning outcomes of CAS but also gave us immense insight into people from different backgrounds, what kind of problems they face and gave us a lot of experience. 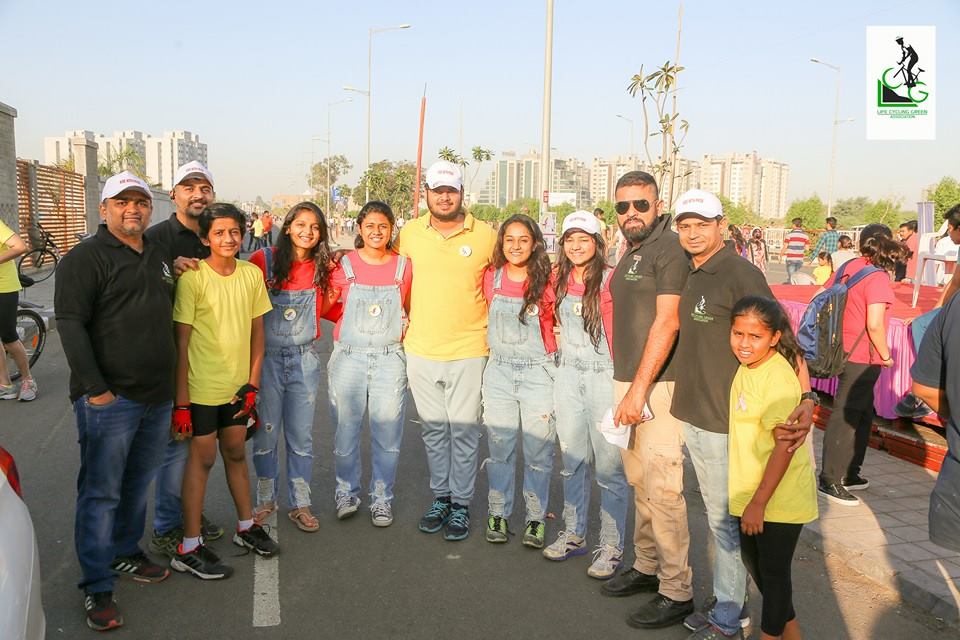 Learning outcome 1: Working with each other and coordinating all day long got us extremely weary of each other. We lost our temper very often at each other and that led to many misunderstandings. This helped us realise our lack of patience and coping with each other’s spontaneous decisions became easier once we became aware of it. It was important for us to know our weaknesses because it was the realisation that helped us work better as a team. We realised that when there was so much work to be done, not everything could be discussed before any action was taken and hence it helped us save time and enabled us to work efficiently.

Learning outcome 2: The most challenging part about organising this event was for us to actually realise its purpose. There were many issues that put up difficulties but the most important one was to not deviate from our motive. None of us had any prior experience at organising an event at this scale and one of our major problems was trying to get our message through to as many people as possible to join us in our cause. We overcame this by not losing out on hope and constantly pushing ourselves to figure out various ways through which we could publicise this event. The lessons we learnt were to not delay any work for later and that there are always end moment emergencies that one needs to be prepared for later. This challenge not only gave us a better sense of organisation and time management but also enabled us to develop as people and helped us discover new skills as well. Being students of Business Management, we incorporated the classroom knowledge into the planning and organisation which led us to make smarter decisions and helped us with better execution.

Learning outcome 3: Throughout the planning stage, it was very difficult to manage between planning and school but since I was usually able to manage time well, it did not prove to be very tedious. Initiation was not very difficult because we started out with a small idea but as the planning progressed, the idea evolved and then the planning became difficult because none of us was exactly clear on the idea since our point of views were different and constantly changing with each new development in the plan. Initiating and planning anything in the future will be much easier now that we have experience with coordination and organisation. It is important to know how to plan and initiate activities because it teaches one leadership which is always helpful.

Learning outcome 4: The amount of hard work that was required on a daily basis was one thing that troubled us a lot. We had to set dates for the finalisation of some prospects and meeting those required a lot of perseverance and commitment. Initially, it felt exhausting but gradually we realised how essential it was to be regular and punctual. Showing perseverance and commitment was essential because we had to work and coordinate with people outside and make sure that they were committed to the work we gave them.

Learning outcome 5: Working with others is generally easy for me because I do not feel shy about expressing my opinions. Hence while working towards this activity, my friends and I benefitted out of the team work not only for the project but individually too. Working in a team helped reduce our workload and the fact that the team understood each other’s stress proved to be very helpful. There were occasions where we had to coordinate with someone who was extremely irregular and would not pick up the phone and our work would get stuck but we had no choice but to put up with it. Working collaboratively along with my co-organisers was important for all the planning to be done on time and of adequate quality. Setting up appointments and creating awareness was something which would be impossible for an individual to do and hence teamwork and trust seemed to be very crucial for the event.

Learning outcome 6: The issue of global importance tat we undertook was creating awareness about breast cancer. This issue is globally important because of every year, almost 5 lakh women die of breast cancer due to untimely detection and hence it is an issue of extreme global importance. Knowing about global issue make us more aware of what’s going on in our surrounding and makes us knowledgeable and cautious. Creating awareness about this issue at such a huge scale gave me immense happiness and satisfaction and helped me evolve as a better person and do my bit as a human.

Learning outcome 7: Initially, despite us starting out with just the motive of organising a CAS project, along with the way, we became aware of the true purpose of this project, which was for creating awareness. There were times when we deviated and it took a motivational talk or two by our parents to put us back on track. The ethics involved with this activity were to, along with the cyclists, create a healthier and safer environment and do what we committed. The other ethics involved was to provide financial support for patients with breast cancer who could not afford the treatment. Doing this activity gave me a deeper insight into the conditions that a lot of the people who couldn’t afford treatment were subjected to and doing this activity and becoming a part of the change made me feel very content. 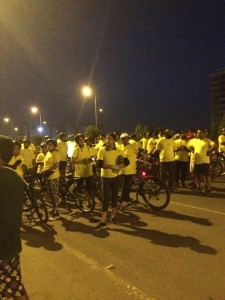 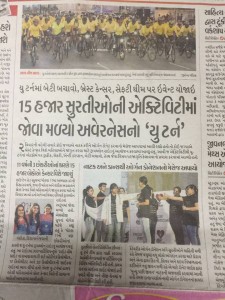