Global Social Entrepreneurship Summit (GSES) was held by American School of Bombay in February 2016. This summit was mainly for students who were interested in gaining knowledge about enterprise and understanding the society. Along with that, it’s amalgamation too; how each one is dependant on the other. I volunteered for this activity because I thought it would be a great learning experience and could also help me for my CV. Mainly, I wanted to explore this area/field and meet new people.

Firstly, talking to new people and collaborating are not my greatest strengths. GSES was majorly a combination of both these weaknesses. I knew I would do alright after a few sessions on the first day, but there was still a hitch. During the whole summit I tried to talk to more people and gain more knowledge about their lifestyle, as there were people from many parts of the world. This way I tried to overcome my fear of opening up to new people.

On the first day itself we were taken to Dharavi for a tuning in session and it was very challenging for us as we had to watch our steps and words. We were taken there to know about the enterprises that happen in that area and how people live there. It was a very unique experience and was challenging in a way that we had to move about in groups and ask questions in the local language. In addition, we had to make sure we asked the right questions as this was a one time trip. We wanted the most appropriate information with the least amount of harm. In the end, after coming back, we realised that the field trip was insightful and resourceful.

The next two days were given to us to work on our personal social enterprise. I grouped with 3 other girls who shared the same concern as me, lack of awareness about Dharavi. We then initiated a plan where we listed down all the problems that Dharavi faces and problems that we think Dharavi faces. With this list we knew our purpose was correct and the issue was finalised. We worked on it for 2 days and on the last day we presented our idea and won the “most promising enterprise” award.

Our social enterprise (The Heart of Dharavi) wasn’t a product or a big service, it was just a well developed Facebook page that worked like  “Humans of New York”. It was unique in a way that we asked people of Dharavi to talk about themselves on the group. Hence, this project could be easily extended even after the summit was over. And we tried to do that by updating the group with a few posts here and there.

Collaboration in this whole experience was a big upside. When we used to not work on our enterprise, we used to discuss about different social enterprises and talk to social entrepreneurs, who have successful TED talks. We went along with our enterprise as an actual business and hence, we looked at everything from finance to customers to marketing. This skill was highly required and we took help from teachers around along with our own knowledge.

This activity was majorly about doing good to the society. We thought it was important for us to make people aware about what actually goes on in the slums. No empathies. This holds huge significance in the lives of people who live their. Our whole idea to banish the perceptions was because we wanted the people who live there, to live in their own peace. We only wanted people to know about the real problems, without any empathies, and work on solving them.

Along with all this, the activity held a lot of ethical considerations. From the beginning to the end. When I first stepped in Dharavi, I told myself to not do anything that would hurt the people living their. It is their place, they live there and have been living there since generations. Our morals say that we should respect everybody and never hurt anybody even unintentionally. This is was all of us had in our mind every time we took a step and opened our mouth to ask a question.

All in all, this summit/activity was a perfect amalgamation of creativity, activity and service. Surprisingly, my efforts to open up to people worked, as I still talk to people I met there. Friends, knowledge, experience, food was enough a reward after we got to know that Heart Of Dharavi was one of the top 4 best enterprises in the Summit. 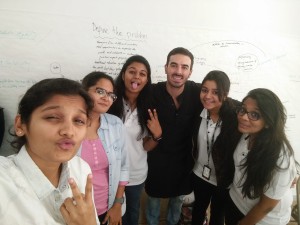 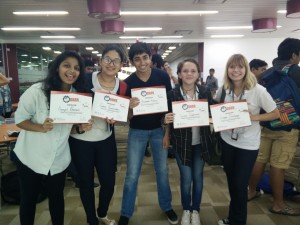