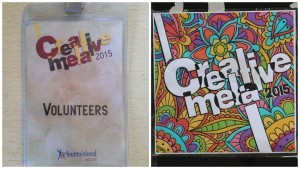 Creative Mela is an event that happens once in a year. I usually do not participate in it, but this time, I took a challenge to teach grade three and four, something that was new to me too, mask making. As the event manager told me that I had to organise mask making, I had mixed feelings- excitement plus blankness.

I am an artistic person but I had to collaborate with someone who had less or no idea about art at all. My partner and I researched about various possible masks that grade three or four children would like. We took an initiative to plan the whole activity in a way that would interest all the students, even the ones who are least interested in artistic stuff. Before the activity, we added superheroes to the sample mask list and in our school meal breaks, we made sample mask to make them understand what they could do. It was extremely important that we plan and execute because if we try to be spontaneously creative and learn mask making on the day of the event, then there are high chances that the crisis would occur.

The execution was much difficult than I thought. Children were pouncing on us, especially me because they had high demands of distinct types of masks and were not willing to draw by their own. Each of them was like ‘Can you please draw this for me? Please’. Here comes the ethical part, if I drew for one child, then the other student would be disappointed. Personally, I thought that it would be morally incorrect to do that, especially to ones who want to learn from me. Therefore, what we did was that I showed them how to line-draw on the board and told them that you could copy. To a great extent, this simple idea solved this problem which made me feel satisfied.

As I have never tried mask making, I learnt that while preparing and teaching. I thought that I was not good at crafty things, but I realised that it is a natural thing to me. It was really important for me to realise this because I gained some self- confidence that I can do this too.

Due to the limited resource as well as time, we divided children into two groups- drawing and sticking. My partner and my cooperation were an important thing as it was like only two of us for thirty children. There was a moment where we both got pissed due to the constant mischievous nature of the kids, so we both decided that we will play the music of their choice. Surprisingly, this made the students happy and later on they worked how we instructed them to. This made the activity looked much more organised than before.

At the end of the day, I was both mentally and physically tired but I had a feeling of accomplishment which I thought was worth it. 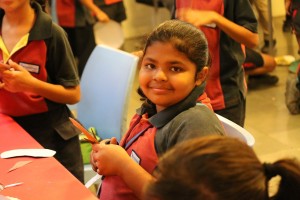 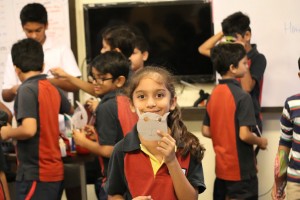 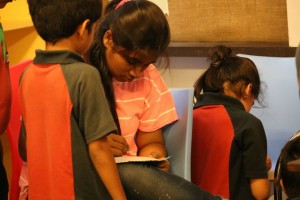 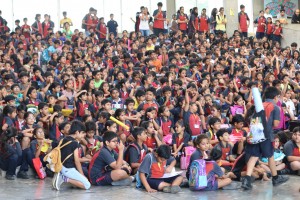