Garba Fest was an event whose idea was an instant spark that turned into fire. I was really excited and nervous because I had never-ever organised an event in my entire life. My companion and I organised this fest in the school which was open for everyone. The motive of this fest was to raise funds for the people who need the money to fulfill their basic needs and to create awareness about women empowerment. 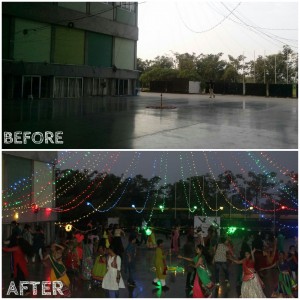 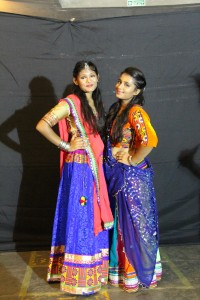 No matter how much cliché it sounds, but I feel that I cannot put this feeling of success into words.

We started to plan before a month and a half. First, we thought that we should take sponsors, then we thought let’s try without external help. Being an organiser is not an easy task. We were supposed to look from all the perspectives and think what will be best for the people and what will fulfil our aims. We divided our work into different departments and kept heads and volunteer who were responsible for each department because we thought that this event needs multiple great minds to come into action.  We had to take interviews and decide the volunteer. Here the ethical part comes into the picture, we had to decide the volunteer based on their skills and special talents, rather than giving my friends an upper hand. We had to communicate and collaborate with all the heads about the venue, or the transportation or the menu of the food which we will be providing and even the decorations.

We also thought that an event like this should have a motive like it was a fundraising event. But we felt that people should go home by taking a message in their mind. Therefore, we decided to have a special performance by an organisation called ASTH, who would do a flash mob on something that has a global significance. As a result, we chose the theme Women Empowerment which is a very common theme across the world, especially in India. And while planning it out, we inferred that a speech on the regular stereotypical paradigms of society about women would leave a great impact on the audience.

Personally, one problem that I faced was in delegating the responsibilities to the volunteers. I am not usually a person, who takes leadership to do something; I usually like to decide things by myself. However, I tried to overcome that problem by myself and agreed to other’s suggestions as well. Overall, I felt that the planning required a lot of hard work but I got to know many people’s talent and also that sometimes people can surprise you. 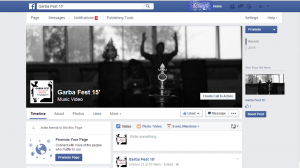 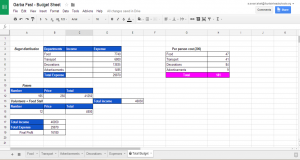 On the day, we had to take care of a LOT of things; from decorations to food, to every small thing. Due to this, we were running all over the school like mad people. I was amused by my stamina, though, because even after working and arranging things for the whole day, I danced in almost the whole fest (which was like 2-3 hours long). * Shoulder tap*

Well, there were many people who thought that the event would not be so great. However, after looking at our decorations and arrangements, we had a list of people who wanted to buy the passes on the spot, which clearly made me more content.

Many sudden and unexpected crises occurred on that day, one of them was the problem with mosquitoes. Although we tried our best to not kill any mosquito or not make the people feel uncomfortable, due to the limitation of the venue, we were not able to do too much about it.

At the end, I looked at the lights and felt the atmosphere around me- which was full of smiles and liveliness and enjoyment. 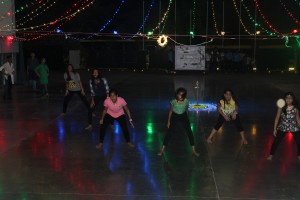 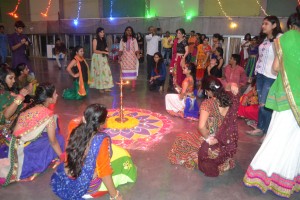 Wake up with DETERMINATION, go to bed with SATISFACTION and HAPPINESS. 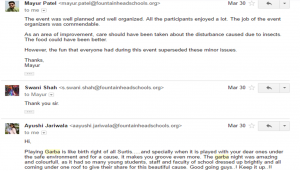 This quote truly describes my emotions after the event was over. Though there was a scope for improvement and the event would have been organised much better than it was, to a great extent I was satisfied.

Overall, I had fun and it was good to know that I also have some leadership skills in myself. And the money that was collected through the fest will further be used for a good cause. Two places we already used the money were- donation to ASTH and giving food to Bhikshuk Bhojan ( A place where poor people are provided food)

Representation of the views by few people who attended the Fest. 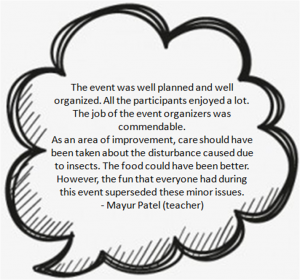 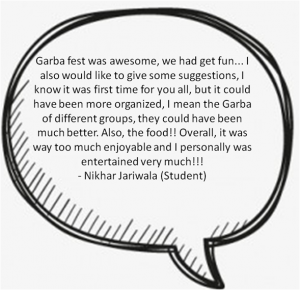 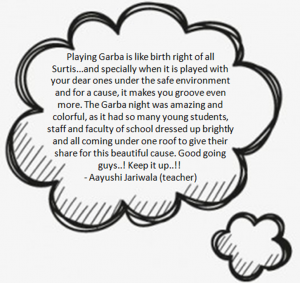