“Life begins at the end of your comfort zone”

I realized the true importance of this saying when I had to force myself to participate in the kabbadi tournament held at my school. My friends continuously kept nagging me that I did not participate in sports, was lazy etc etc so I was determined to prove them wrong, and for the first time, I decided to challenge myself by doing something which I had never done before and gave my name in the Kabbadi competition.

There were various matches spread over a few number of days. If you won a match, you advanced to the next round.

In the first match, I was blank, I didn’t know what to do, I was just blocking the way of my team mates, and I felt really bad that I was spoiling their chances of winning, through the first game only, I realized that come what may, I had to develop my strength and increase my stamina. I decided that I would start running or working out the next day itself!

Surprisingly, we won the first match, but I did not want to be a bother to my team, so I approached my team captain and he explained to me the rules of the game, feeling a little confident, I went to the second match! I was surprised to find out much team-mates mattered, I realized that to win, we needed to use each other strengths as a team, and defend ourselves accordingly, and by using this strategy, to my joy, we cleared to the next round!

However, now, I had to buck up, so I started learning a few skills which I saw on the internet, took tips from my team mates so that on the day of the finals, I could do my best.

Finally, the day of finals came and we as a team won the tournament! It was a great moment of pride for me, as I am not the kind of a person who ever wins at any sport.

Throughout the competition, there were a few ethical considerations which we had to keep in mind, we had to be mindful that we did not cheat in the game and did not intentionally hurt anyone.

This activity ended up teaching me a lot more than I had expected, I had participated just with the intention of proving my friends wrong, but I ended up learning how to work together as a team to become a stronger competitor. I think the most important lesson was to put myself in situations which made me uncomfortable, as this was the only way that I could grow as a person.

I am glad that I stuck to this activity even though it was a new and difficult challenge for me. It was conducted over a span of one month and if I had quit, I wouldn’t have been able to develop a new skill of Kabbadi, hence, perseverance and commitment to this activity ended up giving me great rewards! 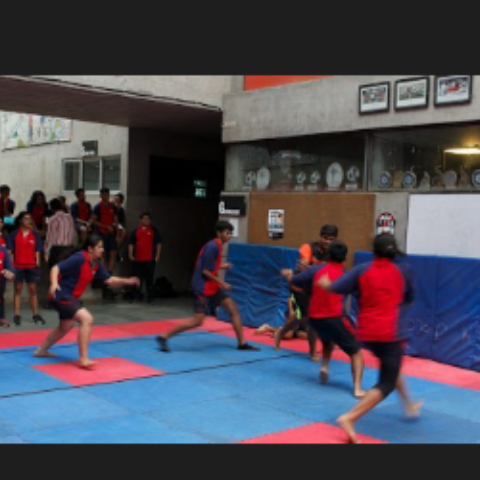