Debate competition for the LitHum Fest.

Oratory and speeches have always been something that I was good at, so participating in this debate was just another way to develop my skill.

When I participated in this competition, I was still a new student so I did not even know my team members very well, so I felt that this would be a way to make new friends while doing something I love – Debating!

We were first selected in the semi finals and then moved on to the final round. The topic which we had to prepare for was “Is competition necessary?” and we were against the topic, while researching for this topic, I came across a lot of new information which I hadn’t known before, so it enhanced my knowledge about a global issue.

While debating, I prepared my points and speeches in advance, I had to convince the other team with the most logic, instead of just fighting, so this helped me develop a new kind of skill for debating which I did not learn in MUNs

In this competition, I had to work collaboratively with my team-mates, unlike oratory and MUNs where I usually argue on my own, we did face some hurdles as even within the team we had disagreements, but we overcame those and were able to work together to win the competition!

I realized that even though we won, my arguments could have been much better and well-formulated, I could also recognize that working in a team was some 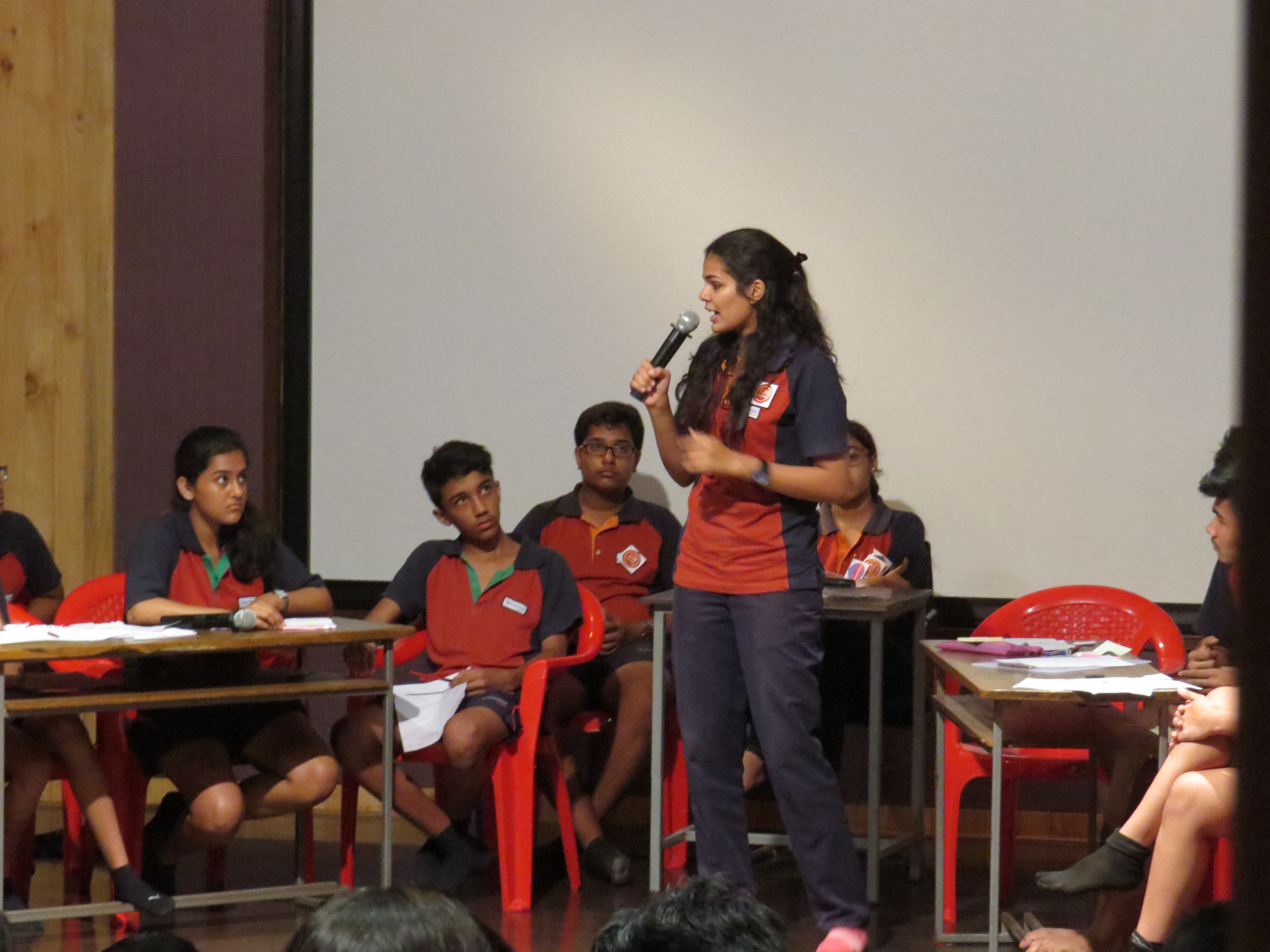 thing that I had difficulty with and needed to learn as a survival skill for life.

While participating in a debate, it is crucial to have some ethical considerations, in this instance as well, I had to be mindful of the language I was using so that I did not offend anyone and also to remain unbiased and not cheat in the competition.

Overall, it was a fun experience where I learnt a lot of about a new topic and also made a lot of new friends!