To celebrate teacher’s day in our school, me and my classmates decided to produce a short film to present in front of our teachers on teacher’s day. The film was made with the main idea of “What would have been the case when our teachers were students?”. I was acting in that film and played the role of different teachers. The experience was really great!

This activity helped me learn a lot of things such as the importance of voice modulation and confidence while acting. It also helped me realize that I still have a lot to improve in acting. My friends were really helpful in this activity as they were the ones who taught me all about acting and also gave me tips such as imaging yourself in the character’s shoes while acting etc. I really believe that without my friends I would not have been able to deliver even a satisfactory performance.

The main challenge that we faced while during the shooting of this video was regarding the time and place. Due to the fact that most of us were not very good at directing or acting, we had to spend a lot of time on each scene and eventually we ran out of time available for us in school and had to meet somewhere else for the shooting. This was a huge crisis as it was really tough to find an empty classroom for us where we could conduct the rest of our recording. However, we did found a tuition class which was free for the weekend. So we used that class and finished our film.

Overall, this activity was a really fun experience where I learned a lot of things about acting and directing from my friends. 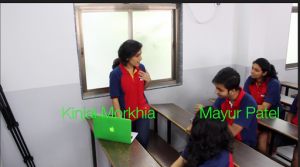 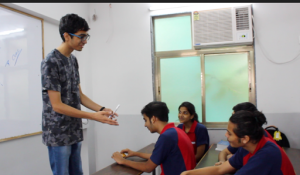