Global Social Entrepreneurship Summit is a platform for students to come up with sustainable ideas to fight common problems in the country and the world. Students from different schools not only from India come together to produce ideas. The basic concept was that random students share ideas and form a group and the rules are that not more than one person from a school can be in the same group. 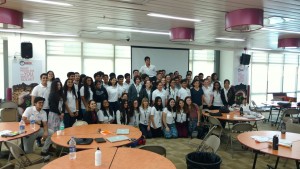 My friends and I attended the summit, and we were all part of different groups, I was in a group with three guys from Jordan and a girl from Turkey. 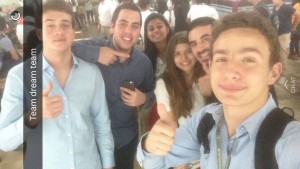 Learning Outcomes 1 and 2 were achieved by involving in an activity which was very new to me. Working with people with entirely new ways of thinking and coming to conclusions. During the activity I realised that I was great with leadership skills, as I brought together the entire group. However, I think that I should improve my communication skills, because I used to keep ideas to myself and not putting it across. Speaking about the challenges faced during the activity, was to come up with an idea which was suitable. Also, before we formed groups, we were taken to Dharavi which is the biggest slum in India, I found myself a little uncomfortable by being there due to the extreme smells and dirt, however, towards the end we learnt a lot and also started to adapt with the place. One of the greatest skills I learnt was to make new friends, I am shy otherwise but it was fun meeting new people and learning things about their life and culture.

Learning Outcome 4, the activity required a lot of commitment, we were supposed to not only design a digital model but also make one in real. For a very long time we did not have an idea about what exactly should we do but we continued to brainstorm ideas to persevere our goal. Towards the end we were given an award for the most innovative project, the hard work which was put into the entire activity proved to be of great help. 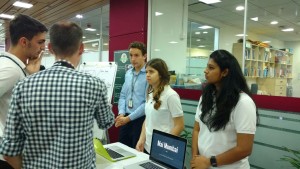 Learning Outcome 5, this was very important as we were working in a group, all of use were from different countries and because we had to select one problem, it was difficult as everyone had different ideas because of the geographical differences. Once, we finalised on the idea, we split the work. This was extremely beneficial as work was done efficiently. Few of us were making the presentation and the others were helping with the model. Our project was called “Mai Mumbai”, mai in Arabic is water, we made a solar still to provide clean water. 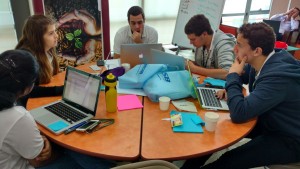 The entire activity was based on providing clean water to the slums of Mumbai which lacked access to portable water, for which we designed a solar still, which is a very economical model. This helped me in achieving the 6th Learning Outcome, as we looked at sanitation and health as a issue of global significance. The model we made is as shown in the image below. 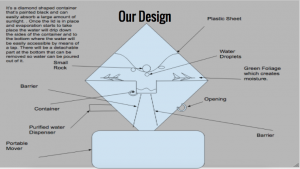 The activity required us to take ethical considerations, the model we made was supposed to not only economically sustainable but also environmentally. By considering the environment we ethically make a decision which just doesn’t look at profits. Another consideration was, when we went to Dharavi, we had to behave sensitively with people living there by not judging or passing comments about their lifestyle. 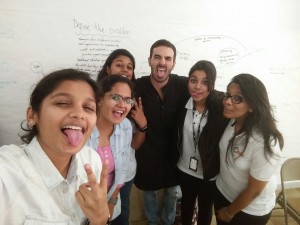