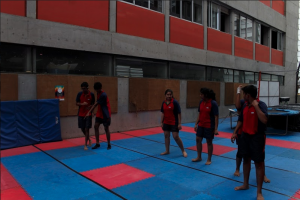 A few of my friends organised a Kabaddi Tournament in school, they followed the usual protocol by having the auctions for making the teams, etc. I participated in the tournament as Kabaddi seemed to be a very interesting game, also the Kabaddi World Cup endorsed frequently and it just made me feel like that I should participate. Fortunately, this opportunity helped me in achieve various learning outcomes for CAS. 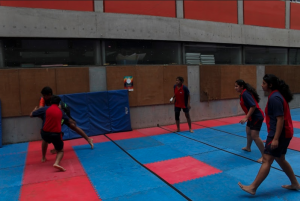 I am not a very sporty person but somehow Kabaddi seemed fun, as it included using power and agility. I feel my strengths was my power and ability to catch hold of people, but, I wasn’t very quick, because of which it was difficult to raid. These things helped me focus on the first learning outcome. Similarly, during the activity I faced a few challenges, like working together as a team, or getting blamed for someone else’s mistakes but ultimately it was a learning process. Towards the end of the tournament, I tried to learn tricks to raid, which allowed me to score points for our team. 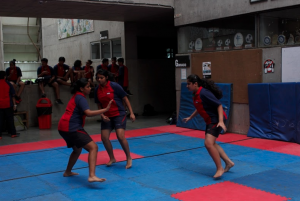 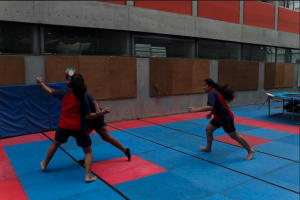 There were times during the matches, when it got extremely tiresome. However, I kept the spirit going on and always helped my team score points. This proved my commitments towards the activity, irrespective of disinterest in physical work, I continued to play which motivated me to involve in various other games.

Kabaddi is a group game and it is very important to play it as a team, to consider every player’s weaknesses and strengths. I always took steps which benefitted the entire team. There were times when I had to do things which other players asked me to do but that was for the greater good. This shows the significance of teamwork, the team can cover up for the weaknesses of one player and show it’s best. Kabaddi taught me a lot about working collaboratively.

I had a fun time playing the game and will definitely participate again if I get the opportunity too.