Being Teacher For the first Time!

On 5th September 2015 ,I took part in a event where the students of my grade became teachers for half a day and conducted lessons in the first grade. I am a kind of person who always likes to try new things in life and when I heard about this activity I was very excited because I have never took part in an activity like this before and by enrolling in this activity I will learn something new from it which could help me in future too. I always wanted to be a teacher and teach children and when I got the opportunity to do it I was one of the first person to unroll for. There were total 39 students who participated in this event and we had to conduct class in pairs.

The activities that we decided To do

The event was going very good, everyone was having fun and the kids were also participating in the activities. However we started facing problems when my partner could not continue due to some reasons and left the class, so I had to also cover for him and had the handle 20 first grader kids. At that time I was very tensed and got nervous because I had to do my roles as well as my partner’s roles. However as time passed I gained confidence and came up with some new ideas which helped me to manage the class more easily- Like I divided the class in groups where kids would do different activities in different groups so there will be no cluster in the class and everything will be managed systematically and less time consuming. Then the event ended, everybody came out of their allotted classes. I was personally very proud of myself as I learnt many new things, we also made sure that we behave in a certain was as those kids were in the first grade and I was also proud of myself as I passed on my knowledge to the kids which I never did before. I was fully focused in the event and I personally made sure I don’t waste resources and tried not break any school property and especially I tried not to behave inappropriately towards the kids, because I feel kids learn from their elder ones and if I acted inappropriately then they’ll learn from it and will do the same in future to their juniors.

I learnt a lot of this from this event

Overall I learnt many new things from this event and I truly enjoyed this event!!! 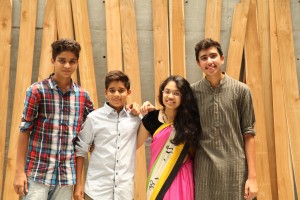 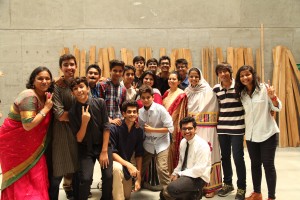