I participated in the district level football tournament on 16th July 2015. It was a different experience for me, because I was playing a new position. I was the goal keeper of the the team, and I have never felt so much responsible while playing a football match.
I developed goalkeeping skills, which helped me develop physical strength (endurance, stamina). I gave in my lots of hardwork and efforts to develop this new skill. I attended morning camps to practice all the new skills of goalkeeping. Hardwork and determination was my main focus during the camps.
Moreover, I developed a new bond with my team, that helped me in synergizing with the team both, on and off field. The coordination between my team helped me focus more while playing in the match.
As I was the goalkeeper, the team was a lot dependent on my participation and activeness. If I lose my concentration during the game, the team can suffer. I had to make sure that I didn’t let the opppnent team score a goal.
Football is a team game, and in this sport, being and playing fair is a vital part. Anwer Sir, our coach, always taught us to play fair during the game. I had always kept in mind not to hurt anyone intentionally during the game.
This activity helped me build my physical strength, as well as my mental abilities to be strong and stay focused. It also helped me in learning how to synergize with my team mates. Cooperation with the team members is a signicant ascpect of football.
To conclude, I would like to say that it was a thrilling experience. I enjoyed playing for my team. All the hardwork didn’t go in vain as we won the competition. Therefore, I was glad that I was a part of the team. 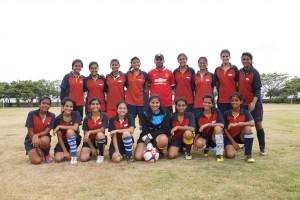