I volunteered for Hindi Assembly which was organised by 2 of my classmates, and was held in our school. I was assigned a task to conduct an activity called: 7 min ka Jalwa. In this activity grade 11 and 12 were given 10 dares, which they had to complete in 7 minutes. The dare’s were different for both the grades. It was a challenge for me to conduct the activity as I have stage fear and I face a lot of trouble when it comes to facing the audience. However my determination to make this event a success helped me overcome my fears and conduct the activity successfully and with confidence.

I was committed toward my work as I had to decide the criteria based on which the participant will be judged with my partner, and we had to meet several times to discuss and plan during the initial stages. I cooperated and coordinated well with my partner and other volunteers during the planning and executing of the activity, by making sure that all the resources needed for the activity were in place. In addition, I helped other volunteers who were facing problems while coming up with an activity which was entertaining and possible to do. In my activity among those 10 dares a few dares demanded the participants to mimic our teachers. During this we had to make sure that the participant knows the limits and that they do not hurt the feelings of any teacher, which would have been unethical.

I personally enjoyed conducting the activity and the audience liked it as well. I feel that it was a challenge for me but I learned how to engage the audience and make sure that they were not bored, and also to be confident I am looking forward to initiating an assembly like this again if time permits. 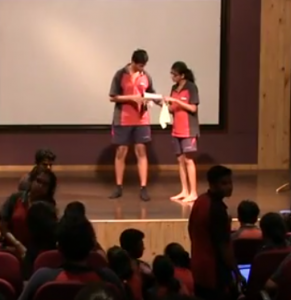 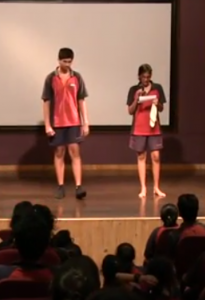