Music has always been a significant part of my life. And guitar was the instrument that would interest me the most. I could play while practising alone; but playing music in front of an audience was something that I thought I just couldn’t do. The idea of a stage and so many people staring at you would send shiver down my spine. But I only thought that I couldn’t do it.

When I started to learn how to play the guitar, my intentions were never to play in front of an audience. I was intimidated by the idea of it. But then I thought of it as a challenge and an opportunity for personal growth. Extinguishing the fear of performing in front of an audience for once and for all. After the division of groups the next big issue was to select a song. It was really hard to select a song because every member in the group had different choices and different opinions. All most all the initial practices would be wasted in zeroing down on the song. There was obvious lack of cooperation and coordination in our band. So we all took a final call and decided upon a song that would be challenging for us and help us develop our playing skills. This way we avoided wasting further practice sessions and develop everyone’s skills at the same time. What I realized was that I was the least experienced player on the band and after some practices my eyes were opened to the fact that I was lacking the skills to catch up to the other band members. I practiced every day to catch up to the pace at which the other band members were going. After 3 weeks of daily practice, I could play along with the other band members. We could coordinate the beats, the vocals and the guitar part and the over all pace.

Overall this was a great experience for me as I overcame a major fear that could have potentially held me back from seizing opportunities in the future. Other than that while practicing daily, the instrument became an even more significant part of my life and a newly found, productive stress buster. Learning how to play guitar even enabled me to break down the different layers of music and appreciate different kinds of music. 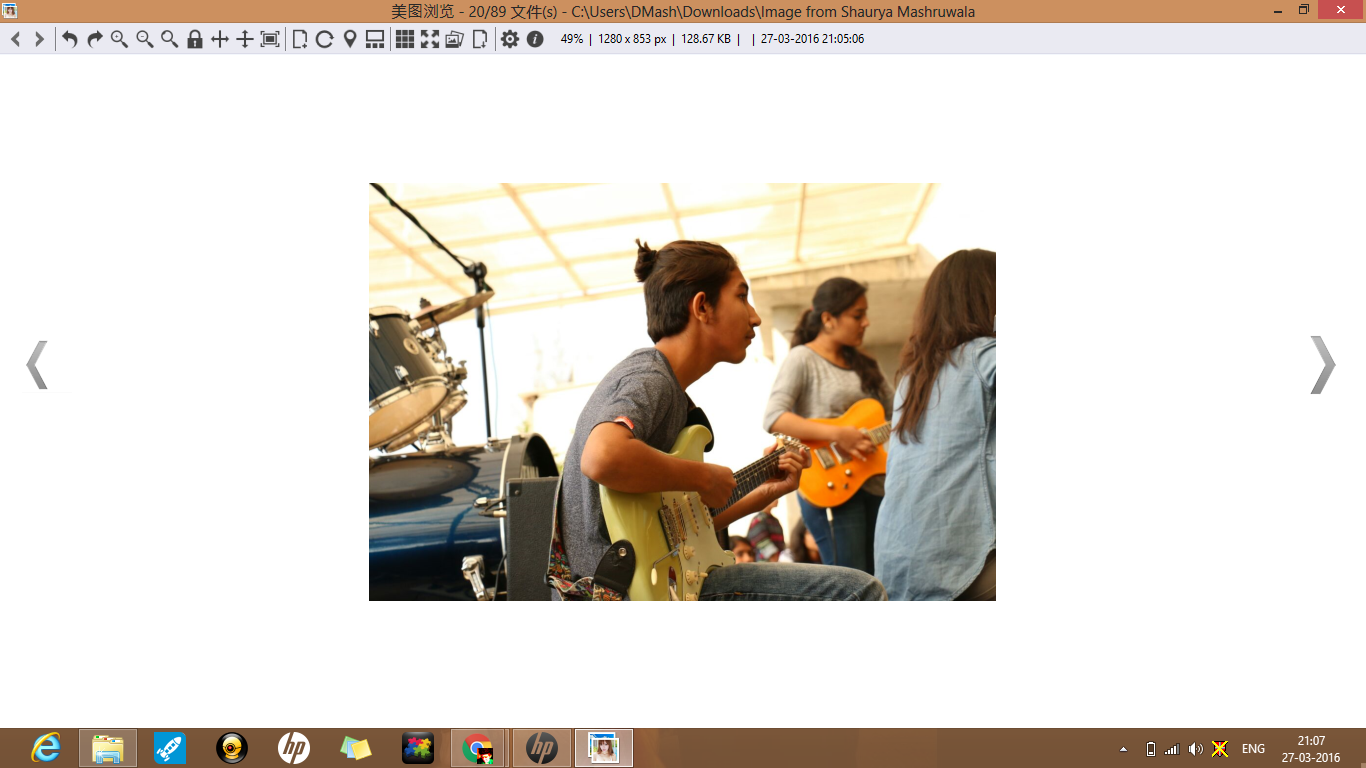