It is human nature to fear the unknown. Participating in tournaments that are held in your city gives you an advantage because all the teams have players you’re familiar with and know their game, but participating in a tournament held in another city, is like sailing on unknown tides. This was one of the biggest challenges that I faced in this tournament.

Michael Jordan once said, “Talent wins games, but teamwork and intelligence win championships”. I knew that if we wanted to perform well in this tournament, we had to work together as a team. Being the PG of our team, it was my responsibility to make sure that the whole team was well coordinated and collaborated.

One of the skills that I learned through this tournament is how to think on your feet, by which I mean how to spontaneously come up with defensive strategies after reading your opponent’s offense. This taught my team and me how to communicate on the court to set up an effective defensive formation.

It is important to always keep a good sportsman spirit irrespective what your opponents do. During our second match, our opponent team was not as spirited as one would expect them to be. Unethical behavior was displayed such as sledding in the middle of the game and intentional fouls. Though it was hard to keep our spirit during the game, we realized that it would be unethical to behave as our opponents to get back at them. Instead, we kept our calm, and we won the game with our performance. 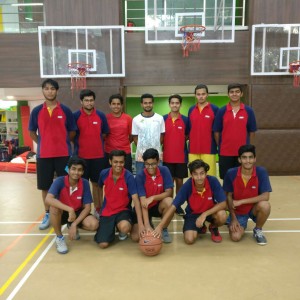