Going to Basketball tournaments was usual. But winning one, was rare. Khel Mahakumbh was a government held tournament that took place annually for every sport. Khel Mahakhumbh is one of the toughest tournaments as people are more motivated by the cash price.

This was the first time that we were participating in an open category tournament which was quite a challenge. We knew that there would be players from senior team who would be much more experienced than us. So we took an initiative of attending maximum practices for at least 3 weeks before the tournament.

Basketball is a team game and requires coordination no matter what. One man can win a game but as a team you can win a title. Playing strategically and with my team is what I learnt from this tournament.

Shooting three-pointers is what I always feared. Very recently I developed the arm strength required for shooting three-pointers and had not yet mastered my aim. So I hesitated to shoot three pointers in the beginning, fearing getting disapproval from my teammates. But when I tried and fail once or twice, my teammates were quite supportive of it and I did the same in return. In later matches I did score a couple of threes. I learnt to play collaboratively and overcame one of the major challenges that I faced.

We won the first match with quite a point difference. The opponent team objected saying that we were not eligible to play in the tournament. Their actions delayed the tournament by quite some time and due to their appeal and the tournament was reset. In the later knockout stages we had to play against them. We could either to play unethically or play with spirit. Though their body language was quite negative, they were cursing and trying to injure our players. But our coach encouraged us to hold back our anger and play with ethics and spirit.

The outcome was better than expected. Our practices had payed off. What we took back home that day was more than medals, trophy or certificate. We took home a live example that through commitment and perseverance we and achieve anything. We also learnt that no matter what we should play with spirit. We should work in silence and let our success speak. 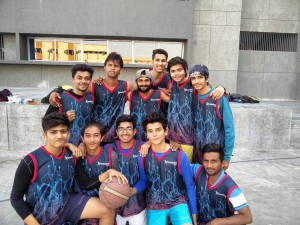