Two of my friends and I decided to work on a CAS project together due to our similar thoughts and opinions. At the beginning, it was difficult to narrow down our ideas however there was one thing which remained the same that we wanted to do something to benefit our society or something which could help us take a step towards sustaining our environment and the beauty of nature. It was then decided that we would build a small nursery in our school and also plant some education related plants. This idea was something which, no one had ever done in the school, therefore, we thought it might be good to start with something like this.

As we were three of us, it was easy to divide work in the planning part. We collaborated with one of Nature Club’s member who helped and guided us along. At, the beginning it was difficult to figure out things but I actually believed that the plan will work. However, as we kept on planning, we realized that the mystery is solving and the project might turn out to be a success. As it was a plantation activity is all under the category of Activity and Service.

The planning stage was the most difficult part of the whole CAS project experiences. We had to sit and brainstorm about the perfect place, the suitable plants to grow, the soil that needed to be orders, the bags, how will manage to get more volunteers and after we leave the school, who will take care of the nursery. So, what we did has we distributed the work and did come early to school, which was quite challenging considering the ongoing submission that we had. The work of coordinating with the nature club guy, selection the seeds, finding the proper place, sending out the form and informing people about the project was all distributed amongst the three of us, which made our life easy. There were instances where there was a lot of miscommunication however, it got sorted after a while.

After making a foolproof plan, was when the actual problems started. It was informed to us that the soil needed will not be available for a long time, some of the plant seeds that needed to be planted were not available and many such things were just not falling into place. All the three of us got worked up and the project had actually stopped for 2 months. After this span of time, we realized that the weather conditions might not be appropriate and thus, decided to start working on the project again.

The place that was initially decided was changed to a different place, there was less soil available, and only limited seeds were there. Also, due to the shift in the project work many volunteers denied to be there and we were left with just 4 to 5 volunteers. It was hard to manage with 4-5 volunteers and therefore, we had to come early to school daily to complete our work. There were times where we felt like leaving the project and do something else, however, our aim to do something valuable kept us going and we did complete the project.

The project didn’t turn out to be as expected however, we gave our best with the resources that were available to us. Also, we made sure not to harm any other living organisms (plants, etc.) while planting and also, used resources appropriately. There were in fact no or just a little waste accumulated. As there are places that are deforested, it felt good to actually plant some plants and contribute some positive factor to the society. This was a small scale project (only in the school), however, later in my life, I would like to continue doing good work like this. 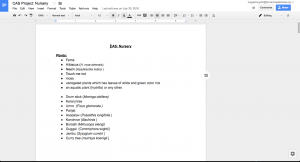 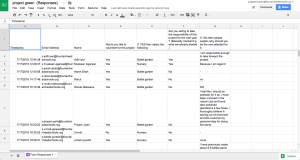 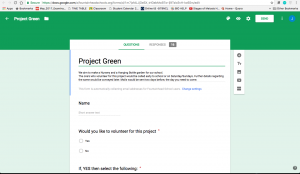 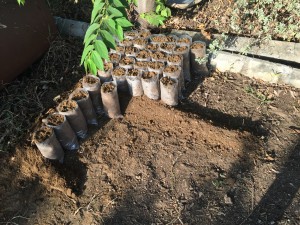 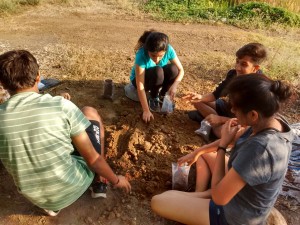 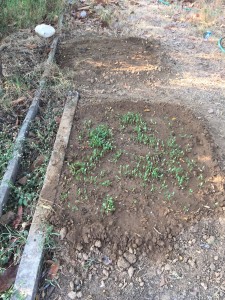 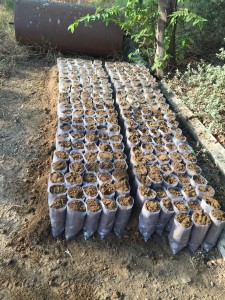