I was one of the Heads of Decoration Department, with my co-head worker Muskaan, in a student-led event named Garba Fest. I was really very excited for doing this job. We both had a list of works to be done, which we had divided to help us reduce our burden as well as reduce internal conflicts that could have occurred, although we did work together and helped each other in making decisions.

As decorating things take a lot of end moment efforts and time, we had started planning for things well in advance so that we have a bit less last-minute jobs left. I had the task of making poster for photo-booth background, rangoli and collecting props for photo-booth.   For the work mentioned above I had started working on it from a week before.

The biggest challenge that we had to face was to get a quality work done in low budget. Due to this we had a lot of things from decoration that we either had to remove or reduce the price through bargaining.  This also had increased our task because we wanted things that were not available at low price (even after lot of request made to the shop keeper) and some were not available at even rent. In the end, we had borrowed a few things from our friends (which I am grateful of), a few we got rented (we were lucky enough) and few had to be bought (We tried our best).

On the day of the event, we got the job of all the lights, speakers and fans in place, all the food stalls were set-upped, getting the photo-booth ready with the props, and background posters, and creating rangoli. Many people had appreciated the work that we had done (luckily no one criticized), letting us know our scale of success achieved which made us feel proud of our efforts taken.

Through this activity I had improved my Management and creative skills. I also improved my skills of working with a team. In all, I enjoyed my work and the whole event. 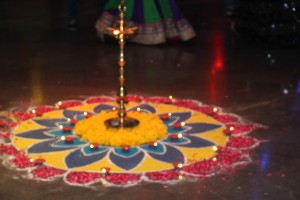 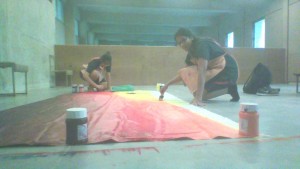