The objective of organizing a Model United Nations conference in the school was very simple: to raise awareness about global issue among the student community. I had noticed that there was a lack of basic global awareness in my peer group, and as someone who is aggressively interested in knowing what’s going on in the world around me, I took it upon myself to set that right. An MUN conference seemed like the correct choice to do this because I am an active participant in MUN conferences and I have found that they really help me improve my general knowledge, interpersonal skills and ability to think critically. FSMUN 2.0 gave me the chance to therefore work with and on the skills that I had as a MUNner and event coordinator to put together an event that would be enjoyable and educational for all involved

Since we started planning for the FSMUN, we were very clear about one thing: we wanted FSMUN to be a quality MUN. right from the agendas and executive board to food and utilities. Although we had a limited number of delegates and therefore a limited budget, we tried to do our best to make sure that we were able to provide everyone present with top-notch service. This is one of the things that we learnt from doing the MUN last year: do little, but do it well.

Although I was the Secretary General and my role was primarily overseeing the content side of the event, I became pretty involved in the organisation of it too. Organizing the event, working with several different departments, delegates from other schools, a diverse executive board and the school management taught me important lessons about keeping my cool, delegating work and working collaboratively with others. In the time leading up to the event I was able to figure out who was capable of doing what work how well and I tried to play on the department heads’ strengths.

I also worked with the supervising teacher, Ayman ma’am, to come up with creative yet workable agendas for each of the six committees to discuss. This involved a significant amount of research and creativity and greatly helped me engage with issues of global significance. Even for planning and executing crisis breaks in the committees, I had to constantly keep myself updated about the news leading up to the event.

I started working towards the FSMUN about 3 to 4 months prior to the event and almost every day I had some or the other crisis to deal with. Planning such a large scale event while juggling SATs, IB Exams and other extracurricular was not easy to do, and I think my hard work and time management really paid off when I saw the positive feedback from people involved in the event. There was a time during the planning stage when we just did not have enough delegates to make the event work and I was thinking of giving up and cancelling the event, but with the support from my peers and supervisors, I persevered and made sure that although we had few delegates, we had a successful event.

After about 3 months of frantic planning, when the event finally came upon us, I made sure that every minute detail that could be taken care of was taken care of. Obviously, there were some really scary mishaps that happened, like the school’s chef bailing on us the last minute, but I think all of that added towards making this event a great organisational experience. During the two days of the conference, I ran around so much, moving from committee to committee making sure things were right that I feel the need to mark this CAS project as “activity” along with creativity and service! But the running around paid off because I was personally able to take care of a a lot of the crises which I assume left our guests with a positive impression. Sometimes though I had to be tough on the EB, OC and delegates because there was just too much sloppiness in the event and the balance that I was required to have between being helpful and being though was really a life lesson.

Like any other MUN, FSMUN helped me meet new people and make new friends. Planning and executing the event also made me better friends with the people I see every day because when I was working with them, we were kind of all on the same team and a sense of camaraderie developed within the OC.

My biggest take-away from organizing and executing the event  are:

Click here to view the after movie of FSMUN 2.0 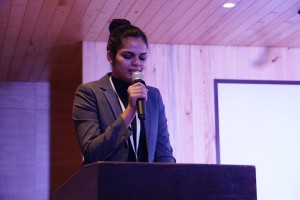 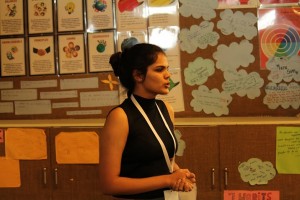