I am Nikunj Panssari, I am a 16 year old student studying in Fountainhead school, Surat. I was born on 31st January, 2000. From the age of 4 my parents didn’t left me a choice of any video games and was exposed to sports i had also aimed to win each and every type of race, even if it’s running or skating. My parent made me join skating classes so that i can get a motivation towards my interest. Hence i became a very sporty kind of person who can give everything to be best. I liked the speed at which i was moving while skating and tried to be the best and participated in different city competition. I won many medals and made my mom proud. Sometimes i was able to see tears in my mom’s face which made feel nice. Even though i was very sporty i unconsciously build skills in arts. I build a skill in coping real life object and due to that i was able to draw same sketch in the book. It was soon when i left skating and joined soccer as a preferable sport and after than i played many matches in different level and city. Soon i also gave up my sketching and and end up taking dance as my current preference and even dance i represented my school and also danced in different award function. If i looked upon my academics than i was only interested in two subjects which was math and science. And even science was the subject that i end up not taking it. Writing english has always been a struggle for me and due to that i half the time i end up unable to express myself. I am always ready to take up thing as challenge and now i end up taking my career as a challenge. I like adventure and due to that i want to do skydiving and scuba diving which one day i will be doing it. 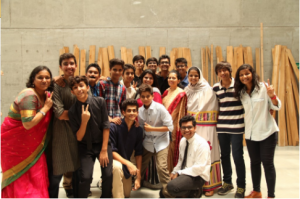