My coach of Skating had been encouraging me and trained me to improve my stamina and strength in Skating. The competition required me to have a lot of strength and stamina for the long race (1 km), Short race (500 m), Time trial (300 m) and Road race (4 km to 5 km). I was slow compared to the average time required for a Time Trial race and short race. I had 3 months to the competition and in the 3 months, I had to prepare a lot. I started preparation by increasing my time for jogging, increased counts of lower body exercises and started doing squats which helped me in maintaining my position while skating. I started my preparation in June as the competition was in September. In  First 2 months it was difficult for me because I wasn’t used to doing much lower body exercises and because of difficulties I had soreness in my Inner thighs and hamstring muscles.

I attended morning Skating camps for extra training and due to that I faced two challenges:

1- Disturbed routine, because my school timing was at 9 in the morning but because of morning camps I had to come to school at 7:30 AM.

2- Muscular pain/soreness, because I had to train myself a lot in less time.

2- Disturbed routine of training, I couldn’t train myself a lot because it rained a lot in between due to which skating rinks got wet and eventually led to the disturbed routine for skating.

I couldn’t race in State level competition because the races of Junior (U-11 and U-14) started at 3 PM and went on till 9:30 PM and after Juniors race it was turn of Middle aged (U-16) which started at 10 PM and got finished at 12:30 AM and after that no races were done because the rink had to be closed as it was late night. The race for Seniors (U-19) was postponed to 31st October and I couldn’t attend the competition of 31st because I had exams 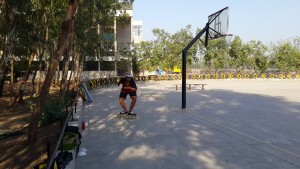 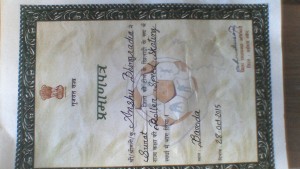